Home Armenian Dr. Vahram Shemmassian to speak on “The Armenians of Musa Dagh: From Obscurity to Genocide Resistance and Fame 1840-1915”

Dr. Vahram Shemmassian to speak on “The Armenians of Musa Dagh: From Obscurity to Genocide Resistance and Fame 1840-1915”

The Armenians of Musa Dagh: From Obscurity to Genocide Resistance and Fame 1840-1915 is a comprehensive history of the people of Musa Dagh, who rose to prominence with their resistance the Genocide in 1915. The book was published as volume 11 in the Armenian Series of The Press at California State University, Fresno. Prof. Barlow Der Mugrdechian is general editor of the Armenian Series.

In The Armenians of Musa Dagh Dr. Shemmassian has presented a thorough analysis of the social, religious, educational, political, and economic history of the six villages which constitute Musa Dagh. In his presentation Dr. Shemmassian will discuss the genesis of the idea to write the book and about his research on the topic. His work focuses on the important period of the mid-to-late nineteenth century, offering the reader a previously unavailable insight into the people whose courage and persistence ultimately led to their successful self-defense.

Dr. Vahram L. Shemmassian is Professor and Director of the Armenian Studies Program at California State University, Northridge. He holds a Ph.D. in History from the University of California, Los Angeles (UCLA). His book, The Musa Dagh Armenians: A Socioeconomic and Cultural History, 1919-1939, was published in 2015 by the Haigazian University Press in Beirut. He has also published scholarly articles in peer-reviewed journals, as well as book chapters on the fate of Armenian Genocide survivors in the Middle East between the two World Wars.

The Armenians of Musa Dagh: From Obscurity to Genocide Resistance and Fame 1840-1915 is available from the following bookstores: 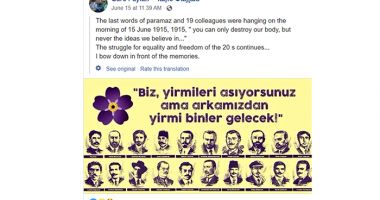 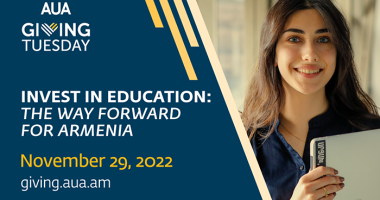