LOS ANGELES – Lilit Pilikian’s parents would’ve never met, and a new family and generation would’ve never formed, had her ancestors not been targeted and forced to flee their homeland during the Armenian Genocide in the early 20th century.

Pilikian came to the grim realization that the systematic killings of her people is a reason why she is alive today, and embarked on a storytelling journey that has led to “100 Years from Home,” a documentary that makes its broadcast premiere on PBS SoCal on Tuesday, September 1 at 8:30 p.m. PT.

“100 Years from Home” is a vivid portrait of an American woman grappling with questions about cultural identity, intergenerational trauma, family, survival, and finding her place in her community and the world as an Armenian.

The film was nominated for “Best Documentary” at the 2019 Arpa International Film Festival in Hollywood, Calif. where it premiered to a sold-out screening.

The picture follows Pilikian’s journey as she searches for her great-grandparents’ house in modern-day Turkey in the location of which they were forced to abandon over a century ago during the Armenian Genocide, which killed over 1.5 million Armenians during and after World War I.

The home’s blueprint was passed down from generation-to-generation until finally ending up in the hands of Pilikian. On the eve of the 100th anniversary of the Genocide on April 24, 2015, Pilikian embarked on an emotional journey to Armenia and Turkey in search of the house with her filmmaker husband Jared White.

The harrowing-yet-hopeful documentary was produced by the duo and directed by White, a non-Armenian who offers a unique outsider’s perspective on the subject.

“My culture and identity is something I’ve always struggled with, and it’s probably something most people don’t even know about,” said Pilikian. “Jared and I were able to tell the ‘100 Years from Home’ story in a way that allows people who aren’t Armenian into this world.”

The husband and wife tandem had to balance their roles as a couple and filmmakers while they captured the intimate and painful story. Born in Los Angeles, which is home to one of the largest Armenian populations in the world, Pilikian never felt fully at home as an Armenian or as an American. Her struggles are common among American-born children of immigrants.

Turkey’s continued denial of the Armenian Genocide also perpetuated that, and its lasting impact on the descendants of survivors is a sentiment that is shared from various sources throughout the film. “100 Years from Home” illuminates many of the complex issues that have led to the tensions that still exist today at the Armenia-Azerbaijan border, as evidenced by recent crossfire between both countries. This state of affairs caused apprehension for Pilikian to enter Turkey, where hatred of Armenians is still very common today. The film also sheds light on the United States’ role in providing humanitarian relief during the Genocide, just as they subsequently refused to officially recognize it as a genocide for the next century.

“I knew we would be mining some very difficult topics, and I wanted to be able to support Lilit in this emotional exploration,” said White.

“Confronting these issues that I often avoided while growing up was difficult for me, but ultimately cathartic,” said Pilikian. “The experience of making this film really brought the two of us closer together.”

While “100 Years from Home” deals with weighty issues, in the end, the story is a hopeful one. Pilikian comes away from the experience with a much stronger sense of herself and her heritage. “I became more comfortable in my own skin, in my own story,” said Pilikian. “I realized I’m not alone in this.” 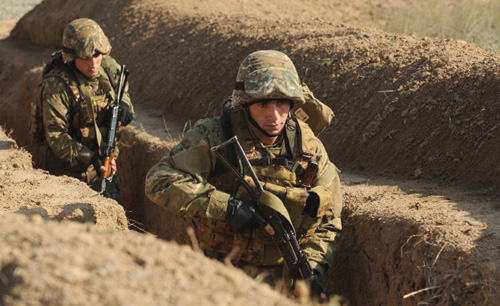