FRESNO — Dr. Bedross Der Matossian (University of Nebraska-Lincoln) will give a talk on “The Political Culture of the Young Turk Revolution of 1908: Space, Symbolism, and Language ” at 7:30PM on Friday, October 30, in the University Business Center, Alice Peters Auditorium, Room 191, on the Fresno State campus.

The lecture is part of the Armenian Studies Program Fall 2015 Lecture Series, with the support of the Virginia-based Ararat Foundation, which was founded in 1985 and promotes Armenian culture and Christian faith, through lectures on Armenian subjects, seminars, literature distribution, and research.

The jubilation and the revolutionary festivities that took place in Istanbul after the Young Turk Revolution of July 24, 1908, are testimony to the post-Revolutionary euphoria that descended upon the different cities and ethnic groups of the Ottoman Empire. They also mark the beginnings of the public sphere that emerged from the Revolution. That public sphere employed both local print culture and local rituals in a way that allowed the new nation’s varied ethnic and religious groups to participate in—and incrementally define—the culture of the new Ottoman nation. The celebrations and festivities of the successful revolution inaugurated a new era and announced the demise of the ancien régime.

This required the adoption of new categories of social and political definitions, new symbols, and an attempt to adopt a consensus among all the ethnic groups. This talk will analyze the revolutionary rituals of these festivities from the perspective of space, symbolism, and language in order to explore the extent to which these rituals attempted to create a “civic religion” that would provide social solidarity for the ethnic groups and emphasize oneness rather than distinction.

Bedross Der Matossian is an Assistant Professor of Modern Middle East History in the Department of History at the University of Nebraska-Lincoln. Born and raised in Jerusalem, he is a graduate of the Hebrew University of Jerusalem, where he began his graduate studies in the Department of Islamic and Middle Eastern Studies. He completed his Ph.D. in Middle East History in the Department of Middle Eastern, South Asian, and African Studies at Columbia University in 2008. From 2008 to 2010, he was a Lecturer of Middle East History in the Faculty of History at the Massachusetts Institute of Technology. For the Spring quarter 2014 he was appointed as the Dumanian Visiting Professor in the University of Chicago. His areas of interest include ethnic politics in the Middle East, inter-ethnic violence in the Ottoman Empire, the history of the Armenian Genocide and modern Armenian history. In addition to contributing to numerous edited volumes, his articles have also appeared in the Journal of Palestinian Studies, Jerusalem Quarterly, Armenian Review, Majallat al-Dirasat Al-Filastiniyya, European Journal of Turkish Studies, Genocide Studies and Prevention: An International Journal, Journal of the Society for Armenian Studies, Turcica, and Ararat Quarterly. He is the author of Shattered Dreams of Revolution: From Liberty to Violence in the Late Ottoman Empire (Stanford University Press, 2014).

Copies of Shattered Dreams of Revolution will be on sale at the lecture.

The lecture is free and open to the public. Free parking is available, with no permit necessary in Fresno State Lots P5 and P6, near the University Business Center.
For more information about the lecture please contact the Armenian Studies Program at 278-2669, or visit our website at www.fresnostate.edu/armenianstudies. 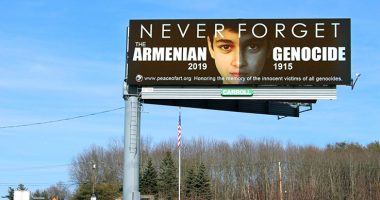 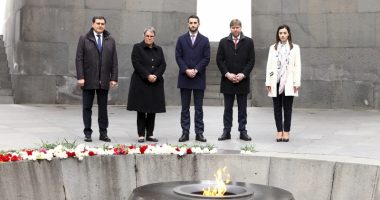 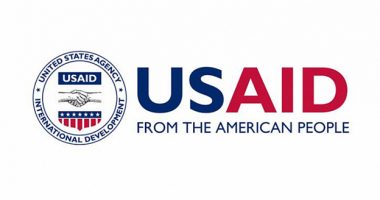