President Sarkisian Warns Against Azerbaijani Attempts to Destabilize the Region

DUSHANBE (RFE/RL) — Armenian called on the Collective Security Treaty Organization (CSTO) to play a greater “peacekeeping” role as it took over the rotating presidency of the Russian-led military alliance of six former Soviet republics on Tuesday.

President Serzh Sarkisian offered to open a special training center for that purpose at the premises of an Armenian army brigade that contributes troops to the ongoing NATO-led missions in Afghanistan and Kosovo.

“It is time to create a basis organization on training CSTO peacekeepers,” Sarkisian said at a CSTO summit held in Tajikistan’s capital Dushanbe. “We propose that the training center of the peacekeeping brigade of the Armenian Armed Forces be considered as the foundation of that basis organization.”

“We are ready to share our experience accumulated during a more than 10-year-long participation in various operations,” he told Russian President Vladimir Putin and the other CSTO leaders.

The volunteer unit cited by Sarkisian has received considerable assistance from the United States and other NATO counties ever since it was set up in 2003. As recently as last month, U.S. military instructors trained the first group of teaching personnel for the Armenian army’s new paramedic school that will primarily cater for the peacekeeping brigade.

Addressing reporters in Dushanbe immediately after the summit, Sarkisian said that “expansion of the CSTO’s peacekeeping potential” will be a major priority of the Armenian presidency of the Russian-led defense pact. But he did not elaborate on reasons for a greater CSTO peacekeeping role or specify possible areas of joint deployment by Russia and its ex-Soviet allies.

Sarkisian said in his summit speech that he briefed fellow CSTO heads of state on the “substantial increase in tensions” along “the line of contact” around Karabakh and the Armenian-Azerbaijani border. He blamed Azerbaijan for the periodical upsurges of fighting there, saying that they are “fraught with a destabilization of the situation in the entire region in the absence of a corresponding reaction from the international community.”

Sarkisian said that he also raised the matter with the presidents of Russia, Belarus, Kazakhstan, Kyrgyzstan and Tajikistan at a closed session that preceded their public speeches at the gathering.

The Armenian leader has previously accused some of his country’s ex-Soviet allies of effectively siding with Azerbaijan in the dispute. Two of them, Kazakhstan and Kyrgyzstan, signed up in 2013 to a declaration of Turkic states that called for a Karabakh settlement “within Azerbaijan’s internationally recognized borders.” Kazakhstan, Kyrgyzstan well as Tajikistan had previously backed even more pro-Azerbaijani statements adopted by the Organization of Islamic Cooperation (OIC).

The CSTO reserved itself the right to launch peacekeeping missions within or even outside the alliance’s borders with a treaty that was signed by its member states in 2007. It has conducted no such operations yet. 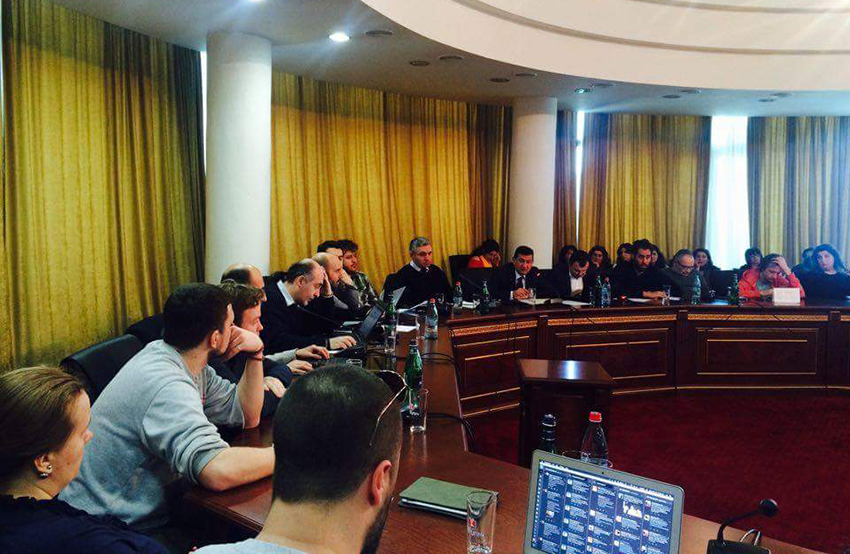 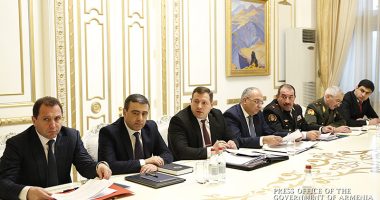