Turkish Intellectuals Who Have Recognized The Armenian Genocide: Ayse Gunaysu

Ayse Gunaysu is a Turkish Human rights advocate, feminist and a professional translator. She has been a member of the Committee Against Racism and Discrimination of the Human Rights Association of Turkey (Istanbul branch) since 1995, and is a columnist for Ozgur Gundem( Free Agenda). Since 2008, she writes a column titled “Letters from Istanbul,” for the Armenian Weekly. Her research Interests are Space and Place, Turkish and Middle East Studies, Kurdish Question in Turkey, Turkish Nationalism, Middle East Studies, and Modern Turkey. She is also involved in Genocide issues, specially the Armenian Genocide and its consequences and continuation till current days. Through her articles, researches, interviews and active participation in Genocide commemoration events and conferences, she is working very hard with many other intellectuals to change the official Turkish  view and position, demand and get the Armenian Genocide recognized by the Turkish government.(1)(2).

On March 23, 2009, at the Genocide Conference “Legacy of the 1915 Genocide in the Ottoman Empire” in Stockholm, Ayse Gunaysu said “ Nearly a century after the genocide of Armenians and Assyrians/Syriacs as well as other Christian peoples of the Asia Minor,Turkey is still being poisoned by the suppression of the truth. Suppressed truth poisons the suppressor, it also poisons those who are deprived of the knowledge of the truth. Not only that, suppressed truth poisons the entire environment in which both the suppressor and those who are subjected to that suppression live. So it poisons everything.(3)

According to “ hyeforum.com, Aprl 30, 2009”, on April 24,2009,  the Istanbul branch of the Human Rights Organization of Turkey organized an event commemorating the Armenian Genocide in Istanbul. Ayse Gunaysu , one of the organizers quoted Lawyer Eren Keskin saying “Today is the 24th of April, the 94th anniversary of the arrests in Istanbul which started the Armenian Genocide in 1915.” She added, “The official history [in Turkey] denies the genocide, but we know what happened and we believe it’s important to tell people the truth. So, today we will commemorate the most brilliant intellectuals of the Ottoman Armenians: the poets, writers, physicians, lawyers, and members of parliament, who were taken away on the 24th of April,1915 and murdered.”(4)

At  the  invitation of the Armenian Council of Europe & Surb Khach Tebrevank, Ayse Gunaysu, representative of the League of Human Rights in Turkey, and Ara Sarafian, a historian and President of the Komitas Institute in London , gave a lecture on April 27, 2012 at the Alex Manoogian Cultural Centre (AGBU) in the Rue de Courcelles in Paris. In her lecture , Ayse Gunaysu said “  I want you to know that for me to be here is an honor. I am proud. But I also have a sense of shame. The origin of this shame that I have today is because I come from that State. That State who is the author of this genocide. “she said. Continuing on to say that “  if there was no genocide in 1915, the Armenian population would rise to 17 million today. At that time, one in five was not a Muslim, which the Armenians. Today they represent only a drop in the ocean. That is why today I have this feeling of shame.”(5)

In a review of  “Rifat Bali”s book titled “ Devlet in Ornek Yurttaslari –Cumhuriyet Yýllarýnda Türkiye Yahudileri 1950-2003,” ,  “ The Model Citizens of the State–Jews of Turkey in the Republican Period 1950-2003.”,  Ayse Gunaysu wrote on how Turkey threatened and manipulated Turkish and other Jews. She said “ In his 670-page book, Rifat Bali gives a detailed account of the Turkish government’s efforts to mobilize its Jewish subjects to win the support of the Jewish lobby in the United States against the Armenian campaigners. At the same time, Bali shows, how the Turkish authorities played the Israeli government against U.S. policymakers for the same purpose. The book also offers rich material about how Turkish diplomats and semi-official spokesmen of Turkish policies, while carrying out their lobbying activities, threatened both Israel and the U.S. by indicating that if the Jewish lobby failed to prevent Armenian initiatives abroad—Turkey might not be able to guarantee the security of Turkish Jews. But this is not all. Rifat Bali throughout his book unfolds the entire socio-political setting  of the process of making the Jewish community leaders active supporters of Turkish governments’ struggle against the “Armenian claims” in the international arena.(6)

In an interview (January 19, 2014), concerning Hrant Dink’s  assassination, (hetq.am/eng/news/32061), Ayse Gunaysu mentioned that their committee  knew of him since the first issue of Agos in 1996, and they were in close contact  since then. Hrant Dink was the person who was able to change the perception of Armenians in the eyes of a large section of Turkish society , she said . Her Answer to a question  “why do you think Hrant Dink was killed? was “I think it’s because genocide is not something that happened and finished between 1915 and 1923. It still continues with an aggressive, crude, and gross denial.”(7)

According to http://artsakhpress.am (April 24, 2014), The American Jewish Committee issued a commemorative address on the 99th anniversary of the Armenian Genocide. Also a number of French, Turkish and Armenian public figures, intellectuals and artists called Turkey to commemorate the 99th anniversary of Genocide in coming a step closer to justice and democracy, Le Monde daily said. Among those undersigned are: Charles Aznavour, singer; Bernard-Henri Lévy, French public intellectual and author; Bernard Kouchner, ex-foreign minister of France; Adam Michnik, editor-in-chief of Poland’s largest newspaper Gazeta Wyborcza; Paul Morin, executive director of the European Grassroots Antiracist Movement(EGAM); Ayse Gunaysu, the president of the Istanbul branch of the Human Rights Association of Turkey; and many others.(8)

On March 11, 2014, The Armenian Mirror- Spectator wrote “ Relics from the Armenian genocide will be unveiled during a conference focusing on the heroes and survivors of the genocide at the Ararat-Eskijian Museum on March 22. Filmmaker Bared Maronian along with British journalist Robert Fisk, Prof. Vahakn Dadrian, Dr. Hayk Demoyan, Ayse Gunaysu, Missak Keleshian, Shant Mardirossian, Dr. Rubina Peroomian and Prof. Vahram Shemmassian will take part in the daylong conference honoring those who aided in the rescue of survivors of the genocide from 1915 through 1930.(9)

In an interview with Egyptian Al-Ahram weekly (April 30, 2014) concerning Erdogan’s “condolences”  to Armenians, Ayse Gunaysu, was sure that Erdogan had “changed his communications consultant because this is new language.” Gunaysu said that although Erdogan’s statement was the first of its kind “we in Turkey are so used to the worst that a little bit less worse surprises us and almost give us hope.”(10) 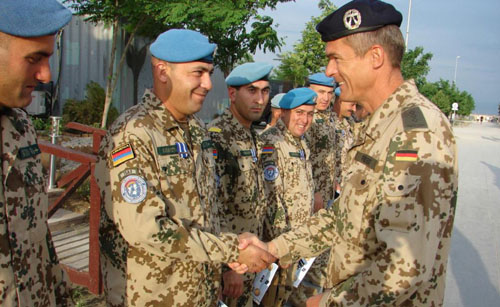 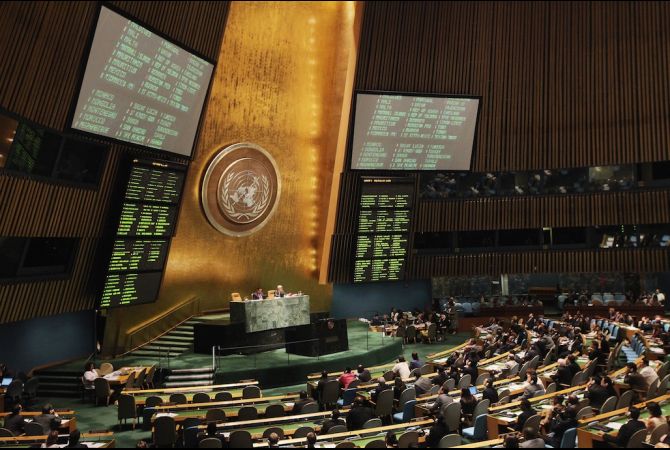