NEW YORK (Armradio.am) — UN Secretary-General Ban Ki-moon on Monday urged the warring parties in Syrians and their supporters to “do everything” to protect civilians in the Middle East country, where armed conflicts entered its fourth year in March.

In the face of troubling new reports of atrocities in the brutal conflict driving Syria to its destruction, the Secretary-General demands that warring parties and their supporters ensure that civilians are protected, regardless of their religion, community or ethnic affiliation. Both the Syrian government and armed groups have the legal obligation and moral responsibility to do so. They must do everything to avoid and prevent violence against civilians, including indiscriminate shelling and air attacks on civilian areas.

The killing of an elderly priest, Father Frans van der Lugt, in Homs yesterday is but the latest tragedy highlighting the urgent need to protect civilians. The Secretary-General condemns this inhumane act of violence against a man who heroically stood by the people of Syria amid sieges and growing difficulties.

The Secretary-General is also horrified by the gruesome images purporting executions in the Syrian town of Kassab. While the United Nations is unable to confirm the validity of these reported atrocities, gross human rights violations undeniably continue and residents of entire villages such as Kassab have been forced to flee. Government forces continue to indiscriminately destroy whole neighbourhoods, burying entire families beneath the rubble of their homes. The Secretary-General is also extremely concerned that groups listed as terrorist organizations by the United Nations Security Council continue to brutalize the civilian population.

There is a belief by too many in Syria and beyond that this conflict can be won militarily. More violence will only bring more suffering and instability to Syria and sow chaos in the region. The Secretary-General again urges all Syrians and their outside supporters to put a stop to this conflict, now. For the sake of families and communities across Syria, the Secretary-General appeals to all sides to permit immediately the unfettered access of humanitarian assistance and workers.

Under the Secretary-General’s leadership, the United Nations is prepared to contribute to a new day in Syria by fostering a political settlement, providing humanitarian assistance, and supporting reconstruction. 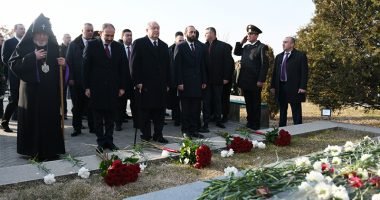 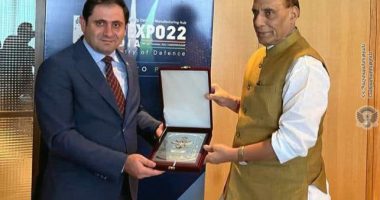