NORTHRIDGE, CA — California State University, Northridge, was the site for the 13th Science Olympiad on Sunday, March 23, 2014. This annual event organized by the Science Olympiad Committee of the Armenian Engineers and Scientists of America (AESA) brings together Armenian students from different middle and high schools to showcase their completed science projects.

Eighty-two Armenian students with sixty-eight projects from nine schools took part in this one and only science competition created for middle- and high-school Armenian students in the United States. The day began with interviews of the participating students by an expert panel of judges. Their projects were judged based on creativity, scientific thought and data analysis thoroughness, presentation, and clarity. The award ceremony started with more than 200 students, parents, educators and science enthusiasts in attendance. The keynote speaker Dr. Aida Rechdouni—a board-certified Anatomic and Clinical Cytopathologist and Ocular Pathologist, Chief Pathologist and Medical Director of SCGA Laboratories—gave an informative presentation on the anatomy, physiology, and optics of the human eye. Dr. Marina Guevrekian, Founder and Chair of the Science Olympiad Committee for 11 years, gave an inspiring tribute in memory of the late Helen Dabaghian, an accomplished scientist and a Science Olympiad Committee member for 12 years, since its inception. Helen played a key role in the establishment and growth of AESA’s Science Olympiad. In honor of her selfless dedication and enduring efforts, the Committee established the “Helen Dabaghian Judge/Mentor Award” to be bestowed to a mentor and/or judge in appreciation of his/her volunteer work during the preceding year. Dr. Karoline Rostamiani, an accomplished scientist, was honored as the first recipient of this award.

After welcoming remarks by AESA President Vasken Yardemian, Committee Chair Jenik Gharabegian praised all of the participating students for their hard work in preparing their science projects as well as everyone in the audience for their part in making this event possible. The table of student winners appears below. Each of the student winners was decorated with a medallion made in Armenia of native obsidian and will receive a monetary award.

In addition to the honors awarded to student participants, two non-student awards are given each year, for teacher appreciation and for school of the year. These selections for teacher and school are based on number of student participants, total number of participating projects in each category and level, and the point value of each student award. The Teacher Appreciation Award was bestowed on Mrs. Anna Mkrtchyan and Mrs. Anna Tavitian from AGBU Manoogian Demirdjian School; they will share the $300 award. The School of the Year Award was earned by Ferrahian High School; the school will receive a trophy and $300 to support the purchase of scientific instruments for the school’s science laboratory.

The AESA encourages all students of Armenian descent in grades 6 through 12—whether in public or private schools—to strongly consider participating in the next AESA Science Olympiad. For further information please email us at [email protected], or via Twitter (@AESA) or Facebook. 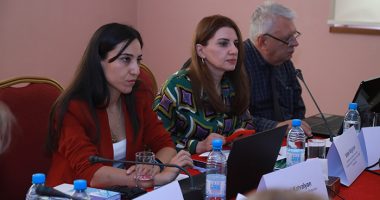 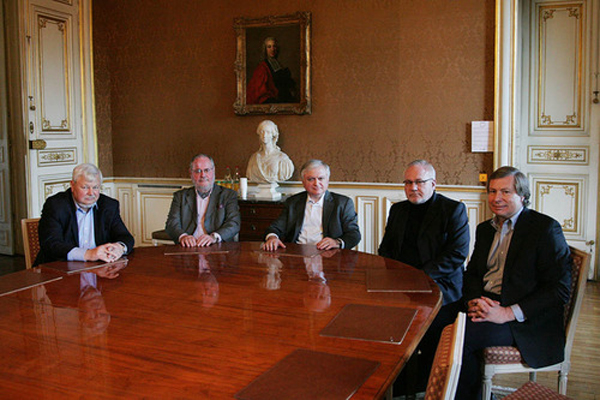