YEREVAN (RFE/RL) — The crisis in Ukraine and its resulting negative economic impact on Russia could have spillover effects on Armenia, Economy Minister Vahram Avanesian admitted on Thursday.

Russian stocks plummeted immediately after Moscow resorted to military intervention in Crimea at the weekend, with investors ditching assets in Russia to guard against economic sanctions threatened by the West. The Russian ruble has since lost around 2 percent of its nominal value against the U.S. dollar. The Russian Central Bank has spent billions of dollars and raised its benchmark interest rate to prevent the national currency from weakening even faster.

With no solution in sight to the Kremlin’s worst standoff with the West since the end of the Cold War, there might be more trouble in store for the Russian economy. Analysts in Yerevan warn that the Armenian economy also risks taking a battering due to its dependence on Russia.

“Yes, the events in Ukraine and the depreciation of the Russian ruble may have negative consequences for Armenia’s economy,” agreed Avanesian. He singled out the weaker ruble’s impact on dollar-denominated remittances sent home by hundreds of Armenian migrant workers in Russia.

Data from the Armenian Central Bank shows that those remittances accounted last year for roughly 90 percent of overall non-commercial cash inflows into Armenia totaling $1.55 billion, a figure equivalent to 14 percent of the country’s Gross Domestic Product.

Avanesian argued that the ruble depreciation could also make Armenian goods more expensive in the Russian market. “Our exporters could have problems because we should keep in mind that the ruble’s depreciation would not facilitate our exports,” he told a news conference.

According to the National Statistical Service (NSS), Russia absorbed around 23 percent of Armenian exports worth almost $1.5 billion in 2013.

Avanesian said that despite the alarming signs the Armenian government does not yet plan to revise its economic growth projections for this year. “We need to understand just how long-term those changes will be,” the minister explained. “If the impact [of the Ukraine crisis] is short-term, there will be no major change in our economic policy. If it becomes a long-term problem, the economic policy will definitely have to be reviewed.”

Economic growth in Russia was slowing down even before the outbreak of the crisis. This was one of the reasons why the Armenian expanded by 3.5 percent in 2013, much slower than was predicted by President Serzh Sarkisian. NSS figures released this week show that growth was mainly dragged down by a continuing decline in the Armenian construction sector and sluggish retail sales.

In its budget bill approved by the Armenian parliament in December, the government forecast a growth rate of over 5 percent for 2014. The International Monetary Fund offered a more cautious macroeconomic outlook for Armenia last month.

“Downside risks include adverse geopolitical events and external shocks, including a weakening of [remittance] inflows in the context of a protracted slowdown in Russia,” a senior IMF official warned in a February 4 statement. 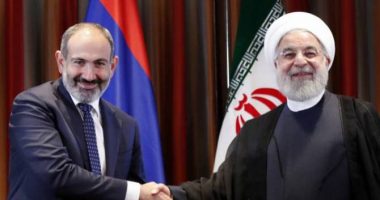 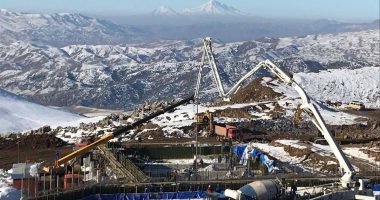