MOSCOW — In a dramatic about-face that will likely scuttle Armenia’s Association Agreement with the European Union, President Serzh Sarkisian announced on Tuesday his decision to join a Russian-led union of ex-Soviet states after a meeting with Russia’s President Vladimir Putin in Moscow.

He said Armenia is also ready to take part in the establishment of the Eurasian economic union.

“I confirmed Armenia’s intention to join the Customs Union and the process of the formation of the Eurasian Union,” he told reporters. “It is a rational decision stemming from the national interests of Armenia. This decision does not constitute a refusal to continue our dialogue with European structures. We intend to continue these reforms in the future.”

In remarks posted on his website, Sarkisian pointed to Armenia’s membership of the Collective Security Treaty Organization, a Russian-led military alliance, as part of the reasoning behind his decision,.

“When you are part of one system of military security it is impossible and ineffective to isolate yourself from a corresponding economic space,” he said.

Sarkisian also vowed to continue communicating with “European structures,” adding that his government remains committed to institutional reforms sought by those bodies.

Sarkisian made no mention of a planned Association Agreement with the European Union.

“We will be doing our utmost to facilitate this process,” he said. “I am confident that Yerevan’s membership in the structures of Eurasian integration will become a powerful impulse for mutually beneficial economic cooperation.”

Yerevan’s membership of the Customs Union must still be approved by the other union members — Belarus and Kazakhstan.

Armenia is heavily economically dependent upon Russia, which is home to a million-strong Armenian diaspora. Moscow is Yerevan’s largest trading partner and Russia is the biggest foreign investor in Armenia. 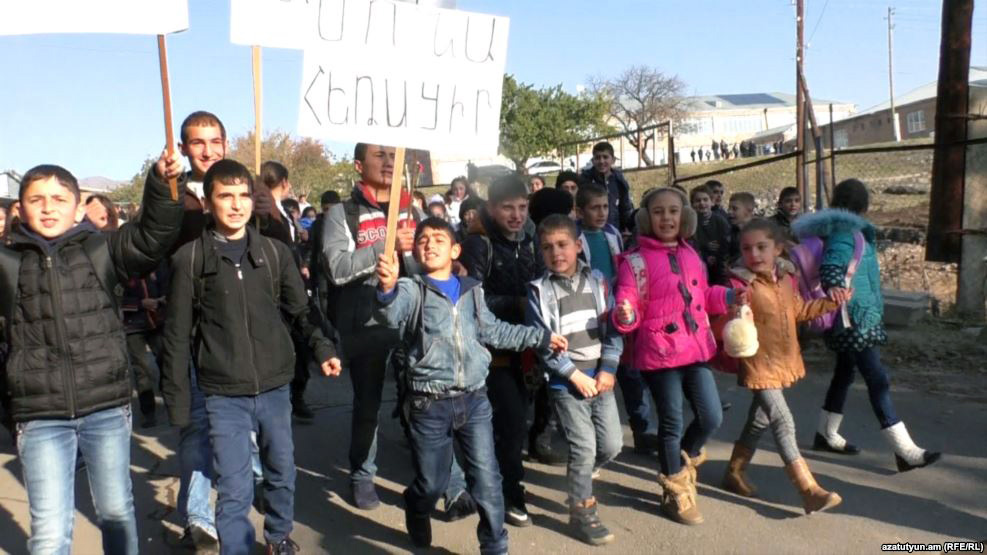