DIARBEKIR — In response to the petition by the foundation of Saint Giragos Armenian Church in Turkey’s Diyarbakir, and concerning the return of the city’s 190 pieces of real estate that once belonged to the Armenians, the Diyarbakir Foundations’ Department reached a positive decision on seventeen such real estates.

In line with the church register, from 1910 to 1921, a total of 190 pieces of real estate in Diyarbakir’s twenty districts belonged to the Armenians, Ozgurhabergazetesi website of Turkey reports.

As a result of the studies that were conducted, seventeen pieces of real estate—with an area of 15,000 square meters—, which belonged to the Armenians, was discovered in the Sehitlik Koskler district of Diyarbakir. But difficulties arose in connection with the return of these areas, since there are illegal structures and public buildings in these areas.

Vartkes Ergun Ayik, the chairman of the executive board of Saint Giragos Church Charitable Foundation expressed his satisfaction on the return of the property stating: “The fields and gardens, which earlier belonged to our community, are currently occupied. 17 estates of 190 have been returned. To return the rest might be quite difficult”. He stressed, however, that if these real estates are not returned with the conventional process, they will appeal to the court.

Vartkes Ergun Ayik informed that the major part of the money taken for the reconstruction of the Saint Giragos Church has been paid, though the foundation still has a debt of 1 million Turkish Liras to pay. He stated that they need the assistance of the community to pay the debt.

St. Giragos church, which although out of use has recently been renovated in part as a sign of reconciliation with the Christian community. It was seen as one of the largest and most important Armenian churches in the Middle East, with seven altars. It was closed during the Armenian Genocide in 1915-1916, and was returned to the local Armenian community in 1960, although due to emigration in the 1970s and 1980s the local Armenian community was much diminished. According to some art historians, the church is the largest in the Middle East. The complex sprawls over 3,200 square meters and includes priests’ houses, chapels and a school.

The church was seized by the German army in 1913 and served as their local headquarters until 1918, when it was converted into a fabric warehouse. 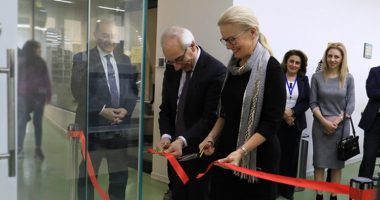