PARIS (RFE/RL) — The foreign ministers of Armenia and Azerbaijan discussed Armenian plans to launch commercial flights to Nagorno-Karabakh when they met in the presence of international mediators in Paris on Monday.

A statement issued by the U.S., Russian and French co-chairs of the OSCE Minsk Group said “issues pertaining to civilian flights to and from the airport in Nagorno-Karabakh” were on the agenda of the talks aimed at breaking the deadlock in the Karabakh peace process. It did not give details of that discussion or report any agreements on the matter reached by Foreign Ministers Edward Nalbandian and Elmar Mammadyarov.
The Trend news agency quoted an Azerbaijani Foreign Ministry spokesman as saying that Mammadyarov reaffirmed official Baku’s position that any flight service between Armenia and Karabakh would be illegal until the end of “the occupation of Azerbaijani territories.”
The Armenian Foreign Ministry did not immediately comment on the Paris talks.
Earlier this month, Azerbaijan formally authorized its air force to shoot down any aircraft flying above Karabakh without Baku’s permission if there is “no precise information about civilian passengers on board.” Azerbaijani warplanes will have to force them to land at an Azerbaijani airport if they are known to transport civilians, according to that decision.
The Armenian side dismissed the fresh Azerbaijani threats, with Defense Minister Seyran Ohanian saying that his forces “will ensure the safety of planned flights by civilian aircraft.” A spokesman for the Karabakh Armenian leadership, for his part, warned that an attack on Armenian planes would be an act of war.
Not surprisingly, the international community has repeatedly expressed concern over the flight dispute, urging the conflicting parties to seek a “diplomatic solution.” The Minsk Group co-chairs said on Monday that they reminded Nalbandian and Mammadyarov of their earlier statements on the issue.
The mediators said in July that they “received renewed assurances from the sides that they will reject any threat or use of force against civil aircraft, pursue the matter through diplomatic steps, and refrain from politicizing the issue.”
The troika’s latest statement says that the Paris talks also touched upon an unpublicized “working proposal to advance the peace process” that was submitted to the parties last October. “The Foreign Ministers reiterated their support for a peaceful settlement and their determination to continue negotiations,” it adds. “The Ministers and the Co-Chairs agreed to a further discussion of the peace process in the coming weeks.”
The process has been essentially deadlocked since the failure of an Armenian-Azerbaijani summit that was hosted by Russia in June 2011. 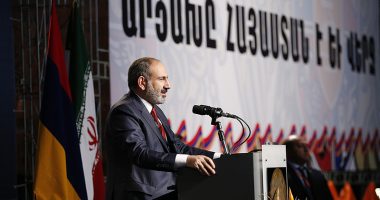 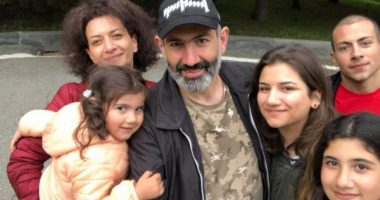