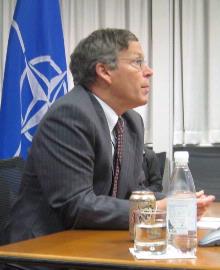 The Armenian Council of America sent an open letter to the Senate Foreign Relations Committee members regarding the nomination of John A. Heffern as the U.S. Ambassador to Armenia. In the letter, the ACA addressed it’s concerns about Heffern’s relationship with former Congressman Doug Bereuter (R-NE) who was consistently one of the most pro-Turkish and anti-Armenian Representatives to serve in Congress.

The ACA asked the committee to be thorough in its evaluation of Mr. Heffern and to ensure that he is aware of the concerns held by the Armenian-American community. The following is a copy of the letter sent to the Senate Foreign Relations Committee.

In the mid-1990s, Mr. Heffern worked for former Congressman Doug Bereuter who was consistently one of the most pro-Turkish and anti-Armenian Representatives to serve in Congress. Currently, Mr. Heffern is a career member of the Senior Foreign Service and at present serves as the Deputy Chief of Mission at the U.S. Mission to NATO in Brussels.

It is our desire that nominee Heffern explain and distinguish his views from those of former Congressman Bereuter. We encourage you and all the members of the Foreign Relations Committee to ask the nominee to clarify and characterize his views on the following issues which are dear to the Armenian-American Community.

– Currently, the Nogorno-Kharabagh conflict is being mediated without the participation of the Nogorno-Kharabagh government. As Americans it is our firm belief that people have the right to freely choose their sovereignty and international political status with no external compulsion or external interference. As such, the self determination of Nogorno-Kharabagh is of great concern for the Armenian-American community. It would be immoral and counterproductive for outside parties to determine the fate of this region without consulting the inhabitants and allowing them to take part in the mediating process.

– As a fledgling democracy, Armenia has yet to establish itself as a truly democratic nation where the rule of law, freedom of expression, and freedom of the press is safeguarded. The Armenian-American community seeks for Armenia to truly become a democratic nation where the rule of law and citizens’ rights are protected. The United States as the leading global democracy has the power; through its Ambassador, to influence the Republic of Armenia and its leadership to establish and maintain these principles.

– Another great concern for us is economic and military aid for Armenia and Nogorno-Kharabagh. It is imperative that the United States help these two independent states as much as possible, so that an island of democracy and liberty may exist within the region.

– It is vital for neighboring nations to co-exist in peace, yet the Armenian State faces a unilateral and illegal blockade imposed by the Turkish government. It is the belief of the Armenian-American community that such actions imposed must be suspended devoid of preconditions.

– To this day the Turkish government vehemently denies the Armenian Genocide and does anything and everything in its power to suppress the truth. As the majority of Armenian-Americans are the descendents of survivors of the Armenian Genocide, it is disheartening that most of our Ambassadors have not had the courage to address the Genocide by its rightful name. As President Obama stated during his address to the Turkish Parliament in Ankara; “All of us have to change. And sometimes change is hard. Another issue that confronts all democracies as they move to the future is how we deal with the past. History is often tragic, but unresolved, it can be a heavy weight. Each country must work through its past, and reckoning with the past can help us seize a better future.” The Armenian-American community expects the U.S. government and its Ambassadors to stand by historical truths. Through our government’s actions it can encourage the Republic of Turkey to rectify its historical past in order to develop a strong Armenian-Turkish relationship. This will be beneficial for the United States in its approach of strengthening relations in the South Caucasus and the greater Near East.

We understand the challenges and the difficulties facing the next U.S. Ambassador, yet for the sake of fortifying ties and good-will between the United States and Armenia, along with the establishment of regional security, cooperation and economic integration, these issues must be appropriately and promptly addressed by our next Ambassador to Armenia.” 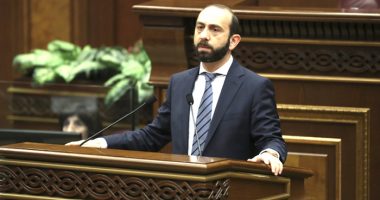 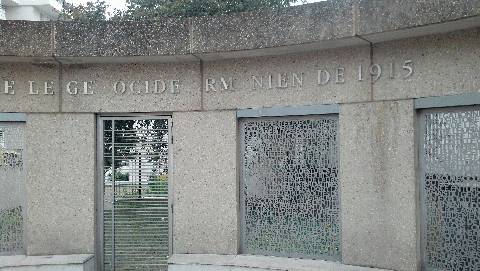 VILLEURBANNE — The memorial erected in the French city of Villeurbanne in…