WASHINGTON – U.S. Senate Foreign Relations Committee Chairman Bob Menendez (D-N.J.) issued the following statement in reaction to reports that President Joe Biden will officially recognize the Ottoman Empire’s genocide against the Armenian people. To date, no U.S. president has made it U.S. policy to affirm the historical facts of the Armenian Genocide, which lasted from 1915 to 1923 and resulted in the forced deportation of around 2 million Armenians, 1.5 million of whom were brutally killed.

“I’m honored and incredibly moved to be able to commemorate this year’s anniversary of the Armenian Genocide by applauding the President’s reported decision to end over a century of official erasure of one of the darkest events in human history. Today we keep faith with all those who stand up to injustice anywhere and everywhere in the world. We honor those who lost their lives in this genocide, remember how they died and rejoice in knowing we’ve changed the way history will remember their deaths. After three decades of leading this fight in Congress, I am proud the U.S. government is poised to finally be able to say it without any euphemism: genocide is genocide. Plain and simple.

“As we prepare to observe the 106th anniversary of the Ottoman Empire’s systematic drive to eliminate the Armenian people, I am deeply grateful for and inspired by the Armenian American community’s persistence in ensuring the Armenian genocide is recognized as an irrefutable fact of history – accepted by the United States and the rest of the world. I want to personally thank President Biden for honestly facing history and heeding our calls to recognize the genocide’s factual reality; something that should have never been denied, diminished, or mischaracterized by any U.S. administration. Having the full U.S. government affirm the facts of the Armenian Genocide will send a strong signal that the truth and human rights, not ignorance and denial, shape our foreign policy.

“I join the Armenian community in New Jersey, across the United States, and around the world in honoring the 1.5 million innocent men, women, and children who were killed, starved and forcefully deported from their homeland by the Ottoman Empire 106 years ago. Only by acknowledging and understanding history’s darkest hours can we truly learn from them and use them to build a peaceful future.”

Menendez has long been a passionate champion for the Armenian-American community in the United States, leading the push for a formal Senate Resolution to recognize the Armenian Genocide in every session of Congress since 2006, as well as co-authoring in years past during his time in the House of Representatives. In November 2019, Senator Menendez took to the Senate Floor every week to try to adopt the Resolution. After being blocked every time by a Senate Republican, the Senator vowed to keep returning every week until Armenian Genocide denialism was defeated. On December 12, 2019, the Senate unanimously passed Menendez’s Senate Resolution affirming the historical facts of the Armenian Genocide

Last month, Chairman Menendez led 37 of his Senate colleagues in requesting the Biden administration join the U.S. Congress in officially recognizing the Ottoman Empire’s genocide against the Armenian people. 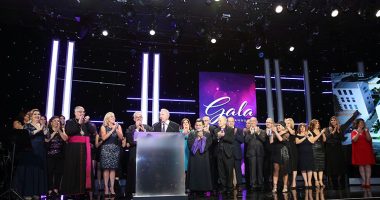