GENEVA (Panorama.am) — The recognition of the human security and rights of the Artsakh (Nagorno Karabakh) people is the key to lasting peace in the South Caucasus region, Armenian Foreign Minister Zohrab Mnatsakanyan said at the 41st session of Human Rights Council in Geneva.

“Nagorno Karabakh is people. It is 150 thousand individual human beings with dignity, responsibility and rights. Like any other people, they are entitled to freely enjoy their inalienable rights – all of them, including the right to self-determination, the right to freely determine their political status and freely pursue their economic, social and cultural development,” Mnatsakanyan was quoted as saying in part by Foreign Ministry spokeswoman Anna Naghdalyan on Facebook.

“In their condition, the right to life is especially endangered, as the existential physical security of the people of Nagorno-Karabakh remains the biggest sustained threat. The atrocious assault on their human security in the early 1990s, the repeated aggression against Nagorno-Karabakh in April 2016, continued glorification of cold-blooded murderers for killing Armenians, accompanied with government sponsored anti-Armenian propaganda and xenophobia represent the core causes of the conflict. The key to resolution and lasting peace in the region is the recognition of the human security and rights of the people of Nagorno Karabakh,” he stressed. 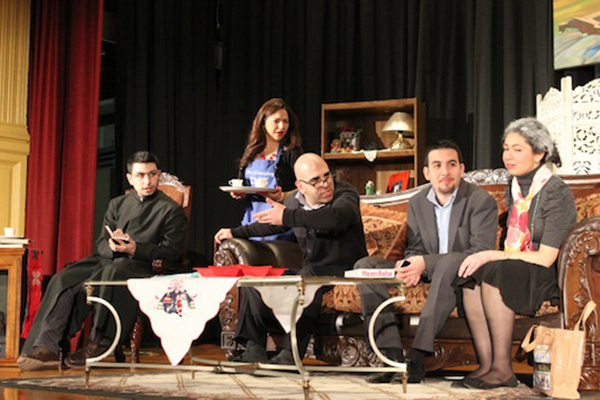