ARLINGTON, MA – This year marks a historic period in the history of Armenians in America: the 400th anniversary of the arrival of the first Armenian, “Martin the Armenian” to America. The Armenian Cultural Foundation (ACF) in collaboration with the Amaras Art Alliance and National Association for Armenian Studies and Research (NAASR) will be marking this historic occasion on Sunday, May 6 at 3:00 pm. The program will include an exhibit and illustrated talk by Dr. Hayk Demoyan, director of the Armenian Genocide-Museum Institute of Yerevan on the occasion of the release of his latest major project, Armenian Legacy in America: A 400-Year Heritage (1618-2018) preceded by those of Drs. Robert Mirak and Barbara J. Merguerian, ACF president and trustee, respectively, and Dr. Noubar Afeyan, a co-founding member of Aurora Humanitarian Initiative.

Born in Leninakan (now Gyumri) in Armenia in 1975, Dr. Demoyan is a graduate of Yerevan State University (1998). He received his Doctoral degree in historical sciences from the Armenian National Academy of Sciences in 2012, and has been on the faculty of History Department of Yerevan State University (2002-2005). He is the Director of the Armenian Genocide Museum-Institute (AGMI) in Yerevan (2006 – ). Demoyan is the author of 12 books, among them Western Media Coverage of the Nagorno-Karabakh Conflict in 1988-1990 (in English, Yerevan, 2008), Foreign Policy of Turkey and Karabakh Conflict (in Russian, Yerevan, 2013), Armenian Genocide: Front Page Coverage in the World Media (Yerevan, 2014), in Armenian, English, Russian, and French, Armenian Sport and Gymnastics in the Ottoman Empire (Yerevan, 2009, 2015) as well as 40 academic articles and papers.

Dr. Demoyan chairs the Scientific Council of AGMI, serves as the chief editor of the institute’s International Journal of Armenian Genocide Studies since 2014, and served as the secretary of the State Commission on Coordination of the events dedicated to the commemoration of the 100th anniversary of the Armenian Genocide in Armenia (2011-2015). At present, Dr. Demoyan is a U.S. Fulbright visiting scholar at the Davis Center for Russian and Eurasian Studies of Harvard University researching on the identity transformation processes in the South Caucasus since the collapse of the Soviet Union.
Dr. Robert Mirak, president of ACF, is the author of Torn Between Two Lands: Armenians in America. 1890 to World War I (Cambridge, 1983), co-author of Collections of the Armenian Cultural Foundation I: Letters & Autographs, (Arlington, 2007), and several articles and book reviews, including “The Armenians,” in Harvard Encyclopedia of American Ethnic Groups (Cambridge, 1980).

Co-founding member of Aurora Humanitarian Initiative, Dr. Noubar Afeyan, is founder and CEO of Flagship Pioneering, a unique enterprise that systematically makes breakthrough, life-science innovations which improve human health and sustainability. During his 30 year career as inventor, entrepreneur and CEO, Dr. Afeyan co-founded and helped build over 40 successful start-ups. He is currently a Lecturer at Harvard Business School and was a Senior Lecturer at MIT where he taught courses on technology-entrepreneurship and innovation since 2000. Dr. Afeyan is a recipient of a Technology Pioneer 2012 award from the World Economic Forum (WEF).

In 619 pages and 2,200 color illustrations, artifacts, documents, and rare images, published for the first time, Armenian Legacy in America: 400-Year Heritage traces the origin, evolution and contributions of Armenians to their adopted homeland since the arrival of “Martin the Armenian” the first recorded Armenian immigrant in the Jamestown settlement in Colony of (colonial) Virginia, the first permanent English settlement in 1618 to the present. Originally from the Armenian neighborhood of New Julfa, established by Shah Abbas in his capital Isfahan, Iran (then Persia), Martin travelled from London on a ship captained by John Smith a well-known English explorer, soldier, author, and later colonial governor of Virginia. He is known to have introduced the cultivation of “silkworm” into the New World. Probably the first naturalized citizen in America, Virginia records show that he gave testimony in a trial in Jamestown in 1619 where he also worked as a tobacconist.

According to the author, as immigrants and hardworking and loyal citizens, the Armenians left “their mark in the American cultural mosaic doctors, engineers, artists, . . . successful businessmen and intellectuals make strong pillars of the bridge uniting USA and Armenia.” In his introduction to the book, Dr. Afeyan, the sponsor of this magnificent book project, rightly states that not having forgotten the crucial helping hand the American leaders and people extended to the survivors of he Armenian Genocide of 1915, a century ago, as the descendants of survivors, it is “our duty as Americans of Armenian heritage to remember those who made contributions to this humanitarian intervention and use their efforts as a lasting inspiration for the future.” The book has been published through the generous support of the Noubar and Anna Afeyan Foundation on behalf of the Aurora Humanitarian Initiative.

The audience will have a chance to meet the author and obtain autographed copies of the book, which will be available for sale.

For more information and further details please contact the ACF during office hours (781-646-3090) or by email: [email protected] 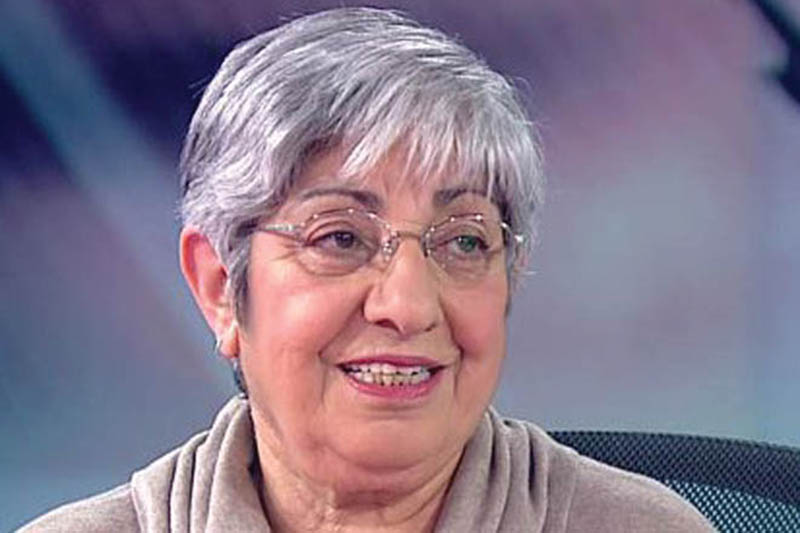 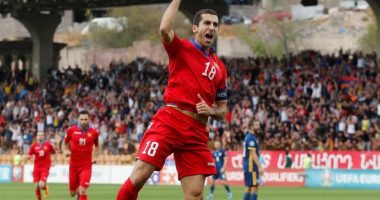