TEANECK NJ – The Armenian Missionary Association of America (AMAA) was created a hundred years ago to help and protect survivors of the Armenian Genocide who were desperately clinging to life. From those soul-searing and heartbreaking beginnings, the AMAA within a century has mushroomed into an awesome worldwide organization focusing on education, churches, humanitarian relief and camps in 24 countries, a stupendous accomplishment.
On Saturday evening, October 21, close to 400 enthusiastic supporters came together to celebrate this unique feat at a Centennial Banquet at the Marriott Teaneck Glenpointe in NJ, entitled “Faithful to our Legacy,” and to honor long time AMAA philanthropists Edward and Pamela Avedisian, and Doreen and Charles (posthumously) Bilezikian. 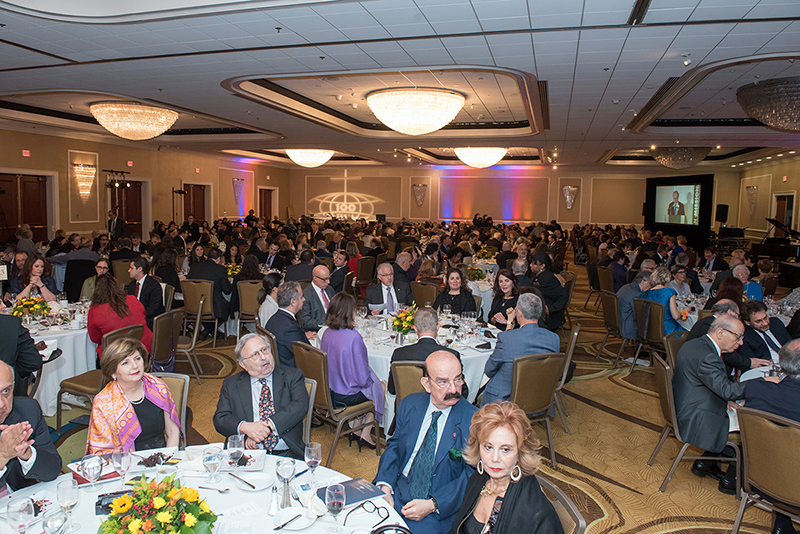 SEEDS PLANTED IN FERTILE GROUND
Master of Ceremonies Dr. Raffy Hovanessian, a beloved long-time activist and benefactor in the Armenian community, presented an eloquent tribute to the history of the AMAA. Quoting the Bible, he recalled that “if seeds are planted in fertile ground, it gives forth lots of fruit, ten-fold,” then added, “thirty-fold, a hundred-fold.”

“The AMAA for a hundred years has been planting those seeds here and all over the world. I am proud to say that I am the result of these selfless efforts,” he stated, expressing his gratitude for the AMAA’s superior educational benefits that he and his wife, noted art curator Vicki Shoghag Hovanessian, received during their youth.

In a sad tribute, he remembered the passing that week of one of the most stalwart AMAA members Khoren Nalbandian, and expressed sincere condolences to his wife Seta Nalbandian, an AMAA Board member.

He pointed out the unique AMAA accomplishments from the days of the Genocide, to the time of the 1988 earthquake, the independence of Armenia and United Nations membership, the victorious liberation of Artsakh, and the massive Syrian relief efforts in Aleppo and Damascus.

Dr. Hovanessian thoughtfully recounted that the AMAA is “strongly nationalistic but emphasizes education and social services, has a heart but with the Christian spirit in it.” Then paraphrasing the immortal Movses Khorenatzi, he said, “Born by mortals, may the AMAA be eternal.” 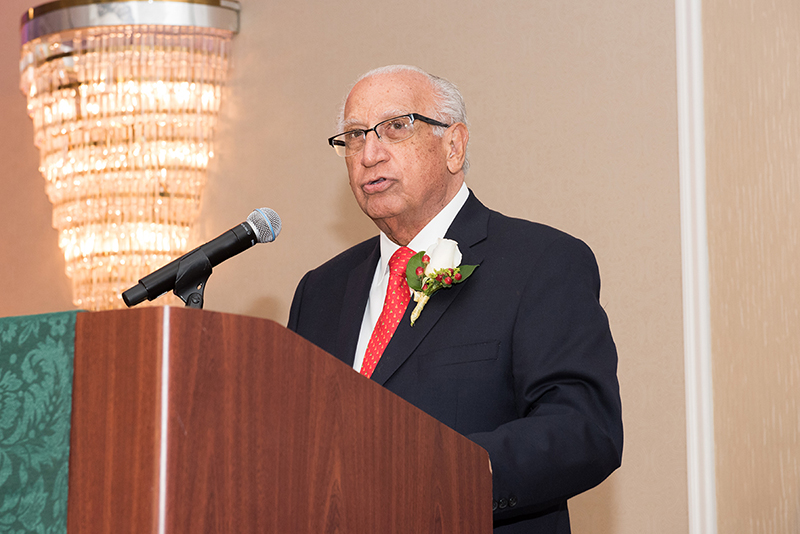 STANDING ON SHOULDERS OF GIANTS
AMAA President Dr. Nazareth Darakjian recounted a brief history of the AMAA, and the “immense sacrifice” of giants Stephen Philibosian, Rev. Dr. Giragos Chopourian and Rev. Dr. Movses Janbazian and the “precious legacy” that needs to be passed on to future generations.

“The common theme of the organization is children, from the orphan and child care sponsorships to the Milk Fund, to the summer camps, to the after-school day centers, to the Avedisian School in Armenia and all the Armenian Evangelical schools in the Near East and the U.S.” The work also extends to the youth, young adults, the students of Haigazian University, college scholarships, and the rebuilding of the churches in Armenia, Artsakh, Syria and the entire Armenian Diaspora, he said.

To accomplish these goals, the AMAA has committed itself to a Centennial Fundraising Campaign to raise 20 million dollars. He stated proudly that the Campaign, which started a year ago, has already reached 35 percent of its goal. With this Banquet initiating the momentum which will go around the world, the AMAA hopes to “reach the finish line in California exactly 12 months from now,” he declared with emphasis, after which an AMAA video was presented focusing on the children, schools, and the summer camps in Armenia, Lebanon, Syria and the U.S.

Delighting the audience were mezzo soprano Hasmik Meikhanedjian and pianist and composer Hayk Arsenyan, two New York-based musicians who have performed in many venues. Meikhanedjian with heartfelt emotion sang a number of well-known Armenian songs, accompanied by Arsenyan who also played solos, including a passionate rendition of Khatchaturyan’s “Sabre Dance.”

Dr. Zeronian referred to his mother, who grew up in a German orphanage in Kharpert, as his inspiration. He focused on the crucial importance of education which “followed the tradition of the Bible and those dedicated missionaries.” He pointed out the tremendous accomplishments of the Avedisians who for the past 20 years have “enhanced the education in Armenia, with the building of the best school in the Malatya-Sepastya district, Yerevan’s poorest community, as well as several other projects. “They have followed the principle that it is more blessed to give than to receive,” he stated. 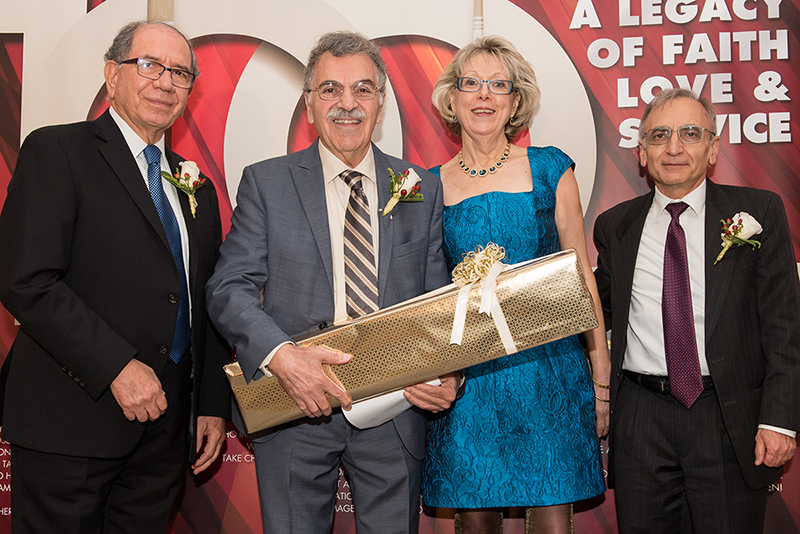 To the surprise of many, an inspiring example of courage was displayed by Mr. Kougasian who came to the podium, but due to a neurological problem, was unable to speak. In a digital text where his speech was recorded, he recalled that on a special family trip to the Mekhitarist Monastery on Venice’s San Lazzaro Island, a non-Armenian tour guide told his son, “You should study a subject until you love it, because only then will it become a model of God’s love. That is the foundation upon which the Avedisian School is built,” Mr. Kougasian emphasized. “And when the Avedisians did this, Armenia already had free public school education, and the highest literacy rate of any country in the world.”

The Avedisians created the School for excellence, Mr. Kougasian continued. “This School represents a different mission, a belief that is peculiarly Armenian. It is the belief that true excellence in education can lead the sensitive soul on a path to God.”

Edward and Pamela Avedisian, in expressing appreciation, stated that the AMAA is the “major factor in projecting Armenian into the 21st century, but there still is a tremendous need to expand into many areas.”

Mr. Avedisian then introduced honorees Charles (posthumously) and Doreen Bilezikian who renovated the Avedisian School and playground in Shushi. With great feeling, Doreen Bilezikian described the “deplorable conditions” in the Women’s Hospital in Yerevan, another renovation project undertaken by the Bilezikians. 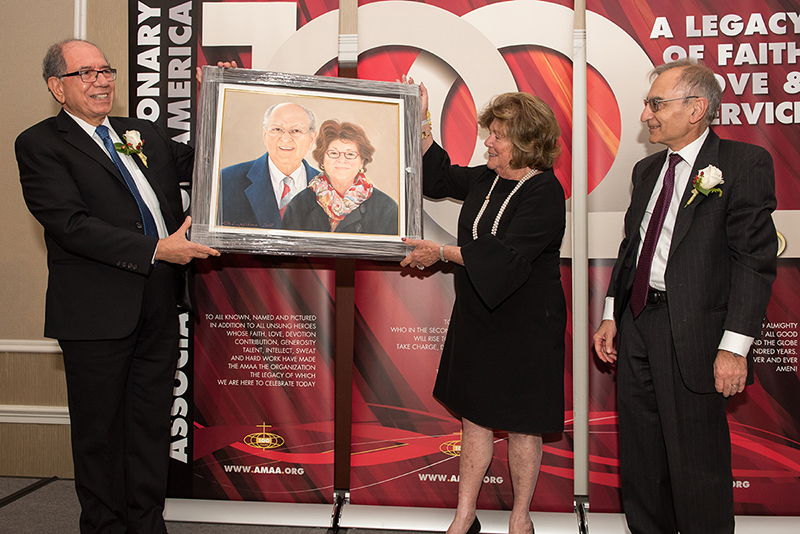 In recognition of the great philanthropy by both the Avedisians and the Bilezikians, special handmade gifts were presented to them. AMAA President Dr. Nazareth Darakjian presented the Avedisians with a magnificent Michael Aram-designed gift of Noah’s Ark, and AMAA Executive Director/CEO Zaven Khanjian gave Doreen Bilezikian a lovely painting of the Bilezikian couple. The honorees and the AMAA President and Executive Director/CEO together participated in the cutting of the ceremonial AMAA anniversary cake which was distributed to all.

Devoted AMAA Executive Director/CEO Zaven Khanjian, who delivered the closing remarks, expressed deep appreciation to all involved in this memorable celebration. Mr. Khanjian, who has served as Chairman of the West Coast’s Armenia Fund, Americans for Artsakh, and the Merdinian Evangelical School Board, also founded and directed the Syrian Armenian Relief Fund (SARF).

He reiterated four promises. To God, the promise is to “stay the course and carry out our mission with renewed vigor and energy all around the globe to our kin and beyond.” To the AMAA members, a “commitment to integrity, accountability, transparency and full financial disclosure.” To the next generation, “good stewardship, and the availability of resources for the challenging needs of the future.” And “for our people, to impact the spiritual and physical well-being of our people in Syria, Artsakh, Armenia, the Near East, Europe and the Americas.”

The evening that will long be remembered came to a conclusion with the Hayr Mer sung by all, and the benediction recited by Rev. Dr. Vahan H. Tootikian, Armenian Evangelical World Council (AEWC) Executive Director.

AEWC President Rev. Berdj Djambazian eloquently voiced the emotions of many when he said, “I saw one thing that has never died, or vanished in the last 100 years, that of compassion, the ability to enter the skin of hurting, suffering people, feel the pain and come up with a remedy. The AMAA started, and continues to this day, implementing this compassion through God.” 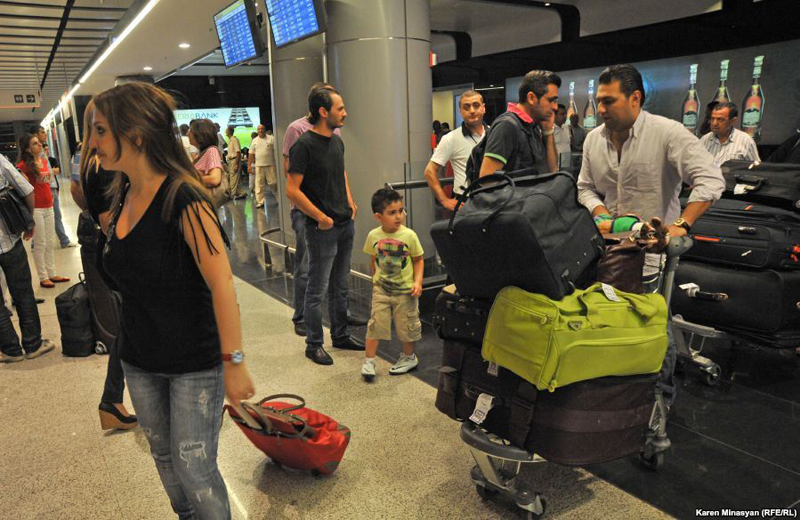 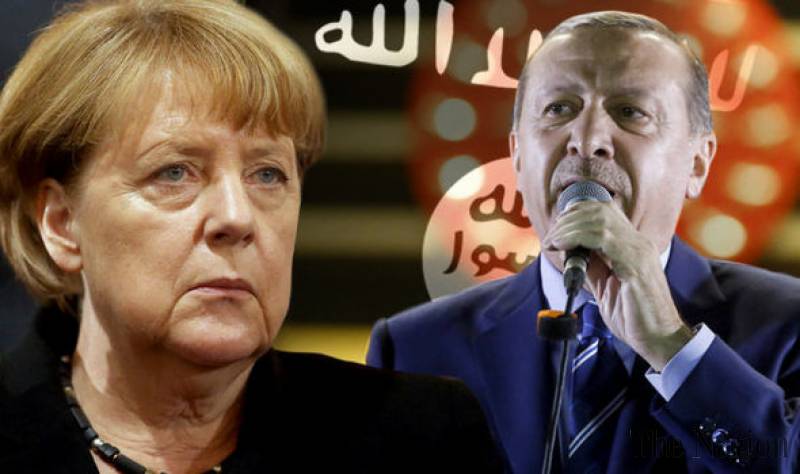