STEPANAKERT — Nagorno-Karabakh Republic (NKR) Foreign Ministry has issued a statement denying Azeri accusations about the alleged military use of monuments of Islamic architecture located on the territory of NKR, calling them another in a series of fraud and forgery, constantly used by the Azerbaijani side.

According to the statement, “Azerbaijan, with its rich experience of using religious monuments for military purposes, which is proved by the conversion of the Kazanchetsots church in Shushi into a military warehouse in 1992, once again is trying to ascribe its own behavior to the Karabakh side,’ Nagorno-Karabakh ministry of foreign affairs said in a statement.

‘There are numerous compelling evidences of systematic and deliberate destruction of Armenian cultural heritage sites by the Azerbaijani authorities on the whole territory of Azerbaijan, as well as in the occupied Shahumyan region of the NKR.

‘The most blatant act of vandalism is the destruction of the medieval Armenian khachkar/cross-stone cemetery near the town of Jugha (Julfa) in Nakhichevan and turning the site into a military range in 2005. Despite numerous international appeals, the Azerbaijani side, trying to avoid responsibility, does not allow international experts to visit the area, where there was a cemetery of cross-stones.

If the Azerbaijani authorities are genuinely interested in the implementation of the fact-finding mission to assess the situation with the historical and cultural monuments, and do not pursue merely political or propaganda aims, then we can expect that the work of the mission will start from visiting the occupied Shahumyan region of the NKR and Nakhichevan.

At the same time, we consider it necessary to note that all the monuments located in the territory of the NKR, irrespective of their origin, are included in the State Registry of the NKR Historical and Cultural Immobile Monuments and are under state protection.

The Nagorno Karabakh Republic has been and remains open to international cooperation in the protection and preservation of cultural and historical heritage, and expects a similar openness of Azerbaijan,” reads the statement. 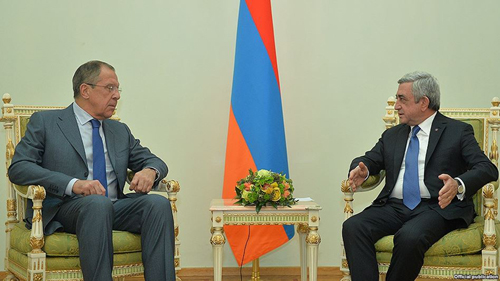