TORONTO — The International Institute for Genocide and Human Rights Studies (A Division of the Zoryan Institute) is pleased to announce the release of Genocide Studies International Volume 9, number 1, Spring 2015. The new issue is dedicated to the Ottoman Genocides of the Armenian, Assyrian, and Greek peoples, marking the upcoming 100th anniversary of the Armenian Genocide in April 2015.

– “The Genocide against the Ottoman Armenians: German Diplomatic Correspondence and Eyewitness Testimonies,” by Tessa Hofmann

– “Academic Denial of the Armenian Genocide in American Scholarship: Denialism as Manufactured Controversy,” by Marc. A. Mamigonian

– “The Complexity of the Assyrian Genocide,” by David Gaunt

– “The Genocide of the Greeks of the Ottoman Empire, 1913-1923: A Comprehensive Overview,” by Vasileios Th. Meichanetsidis.

Prof. Smith’s article introduces the themes addressed in this special issue of GSI and emphasizes how careful consideration of the Ottoman genocides deepens our understanding of what genocide is and how it can be enacted.

Prof. Melson’s article examines the relationship between the Armenian massacres of 1894-1896 and on the process that initiated the Genocide during and following WWI. One group of historians argue that the Genocide was a continuation of the 1894-1896 massacres and that its origins were rooted in Islam and Ottoman culture, whereas a second group of scholars contend that the Genocide was qualitatively different from the massacres and that it was driven by a policy of radicalization during WWI. The article concludes with an evaluation of some of the assumptions of the second view.

Hofmann’s article documents and analyses the genocide of the 1.5 million Armenians in the Ottoman Empire during 1915 and 1916 and is based mainly on the German diplomatic correspondence of the time, which is preserved at the Political Archives of the German Foreign Office, in Berlin. A special subsection of the article is dedicated to the clandestine intelligence organization, Teşkilat-ı Mahsusa  (Special Organization), which planned, implemented and largely conducted the destruction of the Armenians. Germany’s involvement in the destruction of Ottoman Armenians, Aramaic-speaking Christians, and Greek-Orthodox Christians is also examined.

Mamigonian’s article traces the early development of Armenian Genocide denial and focuses on the more recent refinements and the penetration of denial into mainstream American academia, posing as a legitimate intellectual position within a historical debate.

Prof. Gaunt’s article focuses on another group targeted by the Ottoman Empire for extermination: the Assyrians. The Assyrian Genocide involved many non-Armenian Christian groups native to eastern Anatolia and northern Mesopotamia. Among them were the Assyrian Church of the East, the Chaldean Church, the Syriac Orthodox, and some smaller sects.

Meichanetsidis’ article refers to the 1913-1923 Genocide of the Greeks of the Ottoman Empire and provides a comprehensive overview of the overall genocidal process. The article aims at providing an understanding of the Genocide and a sense of the Ottoman projects of destruction that included Armenians, Assyrians/Arameans and Greeks in an attempt at a total restricting of Ottoman society and the creation of a Turkish Muslim national state.

Also included is a book review: The Young Turks’ Crime against Humanity: The Armenian Genocide and Ethnic Cleansing in the Ottoman Empire by Taner Akҫam, reviewed by Dr. Rouben Paul Adalian, Director of the Armenian National Institute.

For information on subscribing to the journal, or to purchase single copies, please visit http://www.utpjournals.com/Genocide-Studies-International.html or contact the International Institute for Genocide and Human Rights Studies (A Division of the Zoryan Institute) at [email protected] or by telephone 416-250-9807. 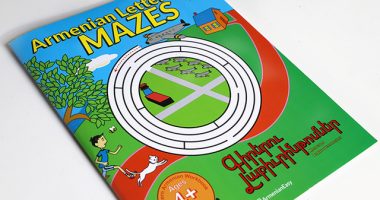 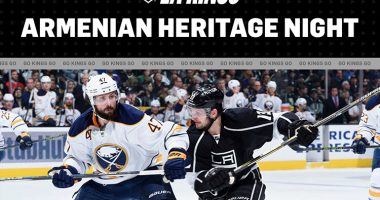 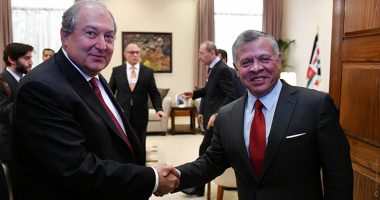