Turkish Intellectuals Who Have Recognized The Armenian Genocide: Mehmet Polatel

Mehmet Polatel is a Turkish historian focusing on the late Ottoman history and early Turkish republic. His research interests are in the fields of power, state formation, social change, nationalism and genocide. He has conducted research on the fate of Armenian property in the Ottoman Empire and the Republic of Turkey. Currently he is a PhD candidate at Bogaziçi University and a research assistant at the History Department of Koç University in Istanbul. He is also a researcher at the International Hrant Dink Foundation.(1)

“Confiscation and Destruction: The Young Turk Seizure of Armenian Property” by Ugur Ungor and Mehmet Polatel is the first major study of the mass sequestration of Armenian property by the Young Turk regime during the 1915 Armenian genocide. It details the emergence of Turkish economic nationalism, offers insight into the economic ramifications of the genocidal process, and describes how the plunder was organized on the ground. The interrelated nature of property confiscation initiated by the Young Turk regime and its cooperating local elites offers new insights into the functions and beneficiaries of state-sanctioned robbery. Drawing on secret files and unexamined records, the authors demonstrate that while Armenians suffered systematic plunder and destruction, ordinary Turks were assigned a range of property for their progress.(2)

The Argentine capital of Buenos Aires was host to the International Congress on the Armenian Genocide, held from April 9 to 11, 2014. The event was organized by the National University of Tres de Febrero (UNTREF), Argentina’s Center for Genocide Studies, and the Memory of the Armenian Genocide Foundation, with the collaboration of the Armenian National Committee of South America (CNA) and the Luisa Hairabedian Foundation (FLH) as well as the sponsorship of the Armenian Embassy in Argentina and the Archbishop of the Armenian Apostolic Church of Argentina. The opening day featured important speakers like Chancellor of UNTREF Anibal Jozami, Director of the National Institute Against Discrimination, Xenophobia and Racism Pedro Mouratian, Minister of the Supreme Court of Justice Eugenio Zaffaroni, President of the General Audit Office Leandro Despouy, and Director of the Center for Genocide Studies Daniel Feierstein, along with Nelida Bulgourdjian, coordinator of the Congress. Dr. Richard Hovannisian, Gabriel Sivinian, from the University of Buenos Aires, Historian Heitor Loureiro, and many others participated in the Congress. Mehmet Polatel, from Bogaziçi University in Turkey, presented a detailed report on property confiscated by the Turkish state and individuals, that was appropriated from the victims of the Armenian Genocide.(3) 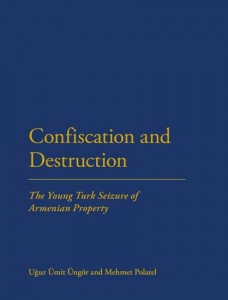 “A History of Destruction: The Fate of Armenian Church Properties in Adana” is Mehmet Polatel’s article in which he examines the fate of religious buildings in Adana after the Armenian Genocide of 1915, in a process of destruction that aimed to erase the proof of Armenian existence in the region. According to him “The motivation behind the genocidal processes is always related to the destruction of a certain group of people. However, the idea of the community is also related to shared values, everyday routines, culture, literature, and religion. Thus, genocidal processes not only target certain groups of people, but also the symbols, buildings, and monuments that belong to them.” He added “Following the deportation decision, the Committee of Union and Progress (CUP) carefully controlled the state of Armenian properties then allocated them to immigrants from the Balkans and Caucasus. The CUP aimed to de-Armenize the Adana province, which included the plain of Adana, Mersin, Sis, and Tarsus, and fill them with Muslim immigrants from the Balkans and Caucasus. Armenians were to be “deported without exception” (bilâ-istisna teb’id), and according to Talat Pasha’s own notebook, 699 buildings were confiscated in Adana province.”(4)

In her article entitled “ What do people mean in Turkey by Armenian Genocide recognition?”, Burçin Gerçek wrote on 3 November, 2014 in “REPAIR”, “In spite of many initiatives to develop awareness of the Turkish society regarding what happened in 1915 and appeals to ask for official forgiveness, a deeper reflection needs to be carried out in Turkey about how to render justice a hundred years after the genocide.” she continues then about “Facing 1915, the growing awareness of Turkish civil society” then about “Requesting State recognition” and finally about “Asking for justice and reparations” where she mentions that “Taner Akçam, Ümit Kurt, Mehmet Polatel, Sait Cetinoglu and Nevzat Onaran are some of the few researchers working on the subject of properties belonging to Armenians which were confiscated during and after the genocide. As for the government, its sole proposal for “reparations” has so far consisted in granting a right of return to the country and citizenship to the descendants of the genocide victims.(5)

According to AUA Newsroom, “On February 4, 2015, the American University of Armenia (AUA) hosted a talk by Turkish Historian Mehmet Polatel on ‘Armenian Property Confiscation During and After the Genocide.’ The lecture was part of AUA’s 1915 Centennial series. Polatel’s presentation covered the seizure of Armenian property in three main ways: transfer of ownership by the Ottoman State, extortion and abuses by civil servants and military personnel, and the seizure and looting of Armenian properties during the massacres. Throughout the presentation, Polatel utilized historical documents and texts, including the notebooks of Talaat Pasha and other archival materials, to analyze the process and mechanisms underpinning the seizure of Armenian churches, monasteries, cemeteries, lands, and other goods during the genocide.” Polatel also stated that “ The seizure of properties was not just a transfer of ownership; it was a crucial part of the genocide policy for the destruction of Armenians and Armenianness.”(6) 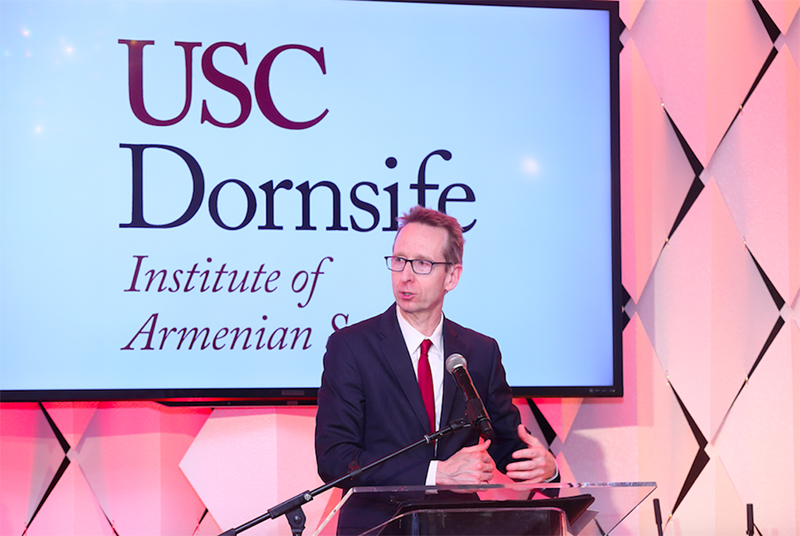 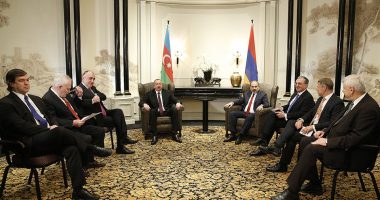 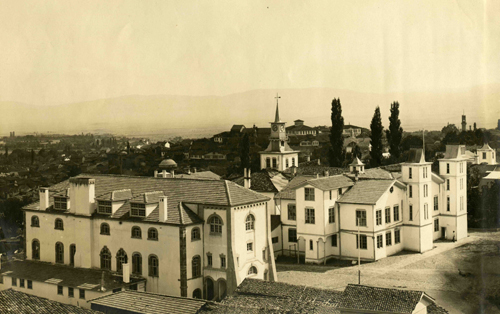