YEREVAN. – The Presidents of Armenian and the Nagorno-Karabakh Republic (NKR), Serzh Sarkisian and Bako Sahakian, on Wednesday paid a visit to the Yerablur Military Pantheon in Armenia’s capital city of Yerevan.

On the occasion of the 23rd anniversary of the Armed Forces of Armenian, Sarkisian and Sahakian laid a wreath and placed flowers to the tombs of the fallen Armenian military heroes.

The Armenian Army is the largest branch of the Armed Forces of Armenian and consists of the ground forces responsible for the country’s land-based operations. It was established in conjunction with the other components of Armenia’s military on January 28, 1992, several months after the republic declared its independence from the Soviet Union.

President Sarkisian has issued a congratulatory statement that reads:

For our country and people, the army is more than just a public body. Literally every day and every night the Armenian army protects our lives, very often becoming engaged with bandits who seek to encroach upon our motherland. Today, they are trying to impose on us a new type of war, because they have lost all the previous types, including the so called “war of diversions.” Its absurdity is already obvious even to those who call us “enemy.”

In the 100th year of the Armenian Genocide, some people have decided to frighten us, Armenians, with homicide – Armenocide. Let us confess that what was implemented 100 years ago was centrally-planned and administrated genocide. We also fully understand that such a plan could have been fulfilled only in the absence of the Armenian statehood.

Today is a red-letter day, and I would like to reiterate once again for those who do not understand well: the Armenian people have returned to life, have returned to the international family of peoples through its statehood and army. They have returned from Hell. The attempts to terrorize the ones who have gone through hell are not serious. Such attempts are delayed by at least 100 years.

A question arises: what is the connection between the events that happened 100 years ago and today’s army. Is there a plan in someone’s sick brain to destroy Armenian? The answer is that those plans live not only in some peoples’ brains, but also are heard from the lips of the neighboring country’s officials. They can be heard through all possible loudspeakers. According to them, not only Artsakh, but also the entire territory of Armenian made part of the historical lands of “Azerbaijan,” and those lands are subject to so called “liberation.” We perfectly understand the targets of such “pre-planned” rhetoric.

What do we say? We say that Artsakh’s right to live in freedom is out of discussion. That is all.

Since the day of its formation, when it even lacked an official name, our army has become tempered in war fires. It was born out of our people’s will to live and be liberated and as a guarantor of their hopes, desires and immortality.

We have not had such a powerful army for a long time. I congratulate all of us on this great holiday. I wish safe service to our servicemen and peace to all of us. 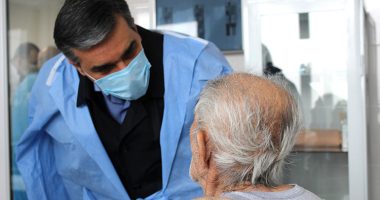 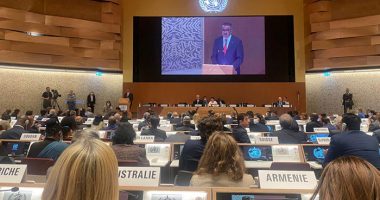 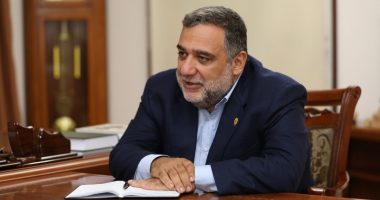