An Appeal to Support Syrian Armenians

GLENDALE — For the past two years, Syria and our Armenian community in Syria have been going through a crisis; our once self-sufficient and prosperous community has been thrust into such a disastrous situation, that our people have become in need of basic necessities.

From the early days of the crisis, the Armenian community in the Western U.S.A. united efforts to collectively provide moral and financial support to meet the needs of our young and old bothers and sisters in Syria. The greater community united under the auspices of the Syrian Armenian Relief Fund (SARF) and the accomplishments of the past year attest to the extent of our community members’ care and compassion.

Despite calls for peaceful resolution of the crisis, the situation in Syria is not improving, on the contrary, it is under risk of further deterioration. The Syrian people, including Armenians, are subjected to further threats and innocent civilians and their neighborhoods are being victimized with violence, which trample over every law and principle, that guides humanity.

Just as during the beginning of the crisis, also today, the people of the Western U.S.A., along with the rest of the Armenian people worldwide, stand in solidarity of the suffering people of Syria, including the Armenian residents.

We appeal to our compatriots to make tangible expressions of their solidarity by contributing to SARF and raising funds to help alleviate the suffering of our brothers and sisters and heal their wounds.

We also invite our community to participate in prayers for their safety on Prayer Day, Sunday, September 15, 2013, at all of our churches.

We are still hopeful and we believe that this crisis will be over and the people of Syria will find peace.
Syrian Armenian Relief Fund 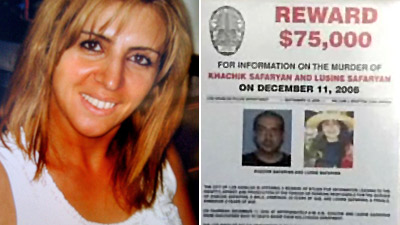