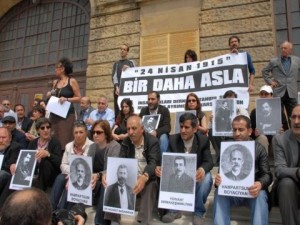 ISTANBUL — Hundreds of Turks rallied in downtown Istanbul on Sunday to remember more than one million Armenians massacred in the Ottoman Empire nearly a century ago. The action under the slogan “Genocide-a crime against humanity” was organized by the Istanbul branch of Union for protection of human rights, Bianet agency reports.
Kneeling on the ground in the city’s central Taksim Square, they silently lit candles and held red carnations to the accompaniment of Armenian melancholy music played through loudspeakers. They then laid the flowers on a big banner that said “This pain is our pain.”
Speakers at the rally read out the names of more than 250 Armenian political leaders, intellectuals and artists in Constantinople who were rounded up by the Ottoman government on April 24, 1915 and subsequently executed.
Earlier on Sunday, several dozen Turkish intellectuals gathered outside an Istanbul museum that served as a prison for the arrested Armenians. The participants were carrying pictures of Armenian intellectuals, arrested on April 24, 1915 and sentenced to death. They commemorated innocent victims and threw carnations into the sea. 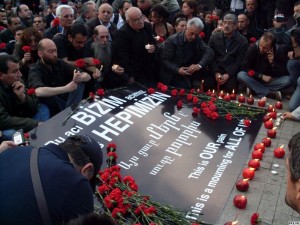 The human rights defenders also issued a statement, condemning the genocide against Armenians. “The then government put an end to the existence of Armenians in Anatolia. Armenians’ property and money was confiscated,” they said in a statement.
It was the second public commemoration of the genocide anniversary ever held in Turkey’s largest city. The first such gatherings in April 2010 drew a considerably smaller crowd challenging the official Turkish version of the 1915 events.
As the Taksim rally went ahead a smaller group of Turkish nationalists rallied at the other end of the square to condemn the remembrance ceremony and deny that the last Ottoman rulers sought to wipe out the Armenian population of the crumbling empire. About 15 provocateurs, including diplomats and retired General Edip Baser came up to the crowd and started shouting that “Turks did not commit a genocide.”
Riot police were deployed between the two crowds to prevent possible clashes between them. 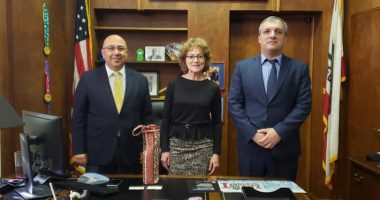 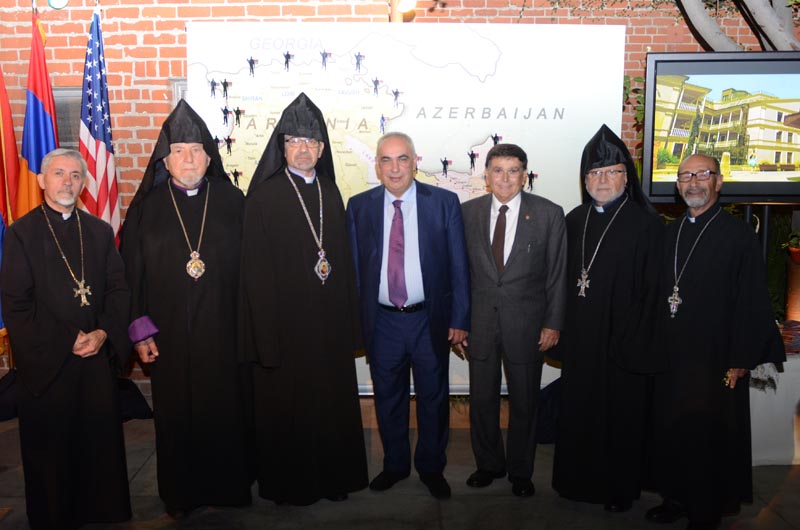