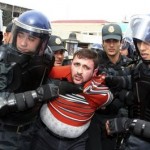 BAKU — Dozens of opposition supporters have been beaten and arrested in the Azerbaijani capital as they tried to stage an antigovernment rally in downtown Baku. Over 100 activists were detained by the police.
Protesters were holding placards reading “We want freedom,” “Ilham, go away,” and chanting for President Ilham Aliyev’s “resignation” from office.
Police shut down the central Fountain Square and roads leading to the square were blocked by police buses, RFE/RL’s Azerbaijani Service correspondents report from Baku.
Hundreds of protesters gathered near the square before security services cleared the area.
The police, armed with batons, arrested protesters as they tried to reach Fountain Square, including women, and forced them into buses.
RFE/RL correspondents saw police officers spraying tear gas through the bus windows into the detained activists’ faces.
Police tried to restrict the movements of journalists covering the developments around the square. At least one journalist was briefly detained by security forces, our correspondents reported from the scene.
The arrests have drawn condemnation from human rights groups.
New York-based Human Rights Watch advocacy group said the arrests of opposition activists were “the government’s latest attempt to prevent the type of protests in North Africa and the Middle East from spreading to Azerbaijan.”
Rachel Denber, acting director of Human Rights Watch’s Europe and Central Asia division, added, “It is clear that the authorities are determined to crush any attempts by opposition activists to gather peacefully.
”The government is using the flimsiest pretexts to silence critics,” Denber said. “It is making a mockery of Azerbaijan’s justice system. These arrests should stop immediately.” 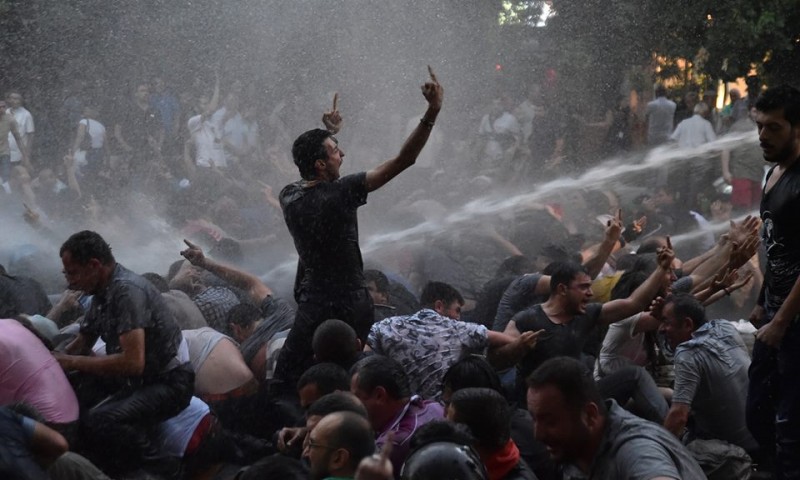 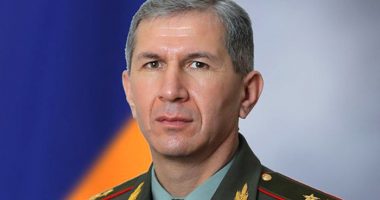 YEREVAN (Arka) — In a statement issued today the Chief of Staff… 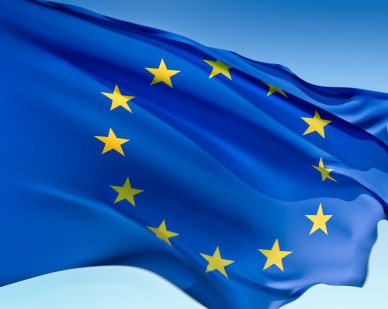 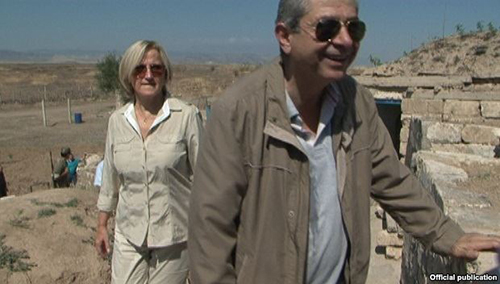