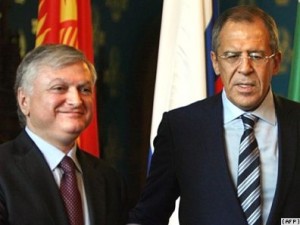 Russian Foreign Minister Sergei Lavrov will host more negotiations between his Armenian and Azerbaijani counterparts in Moscow on January 24 as part of continuing international efforts to end the Nagorno-Karabakh conflict.
Lavrov announced the talks at a news conference on Thursday. Armenian Foreign Minister Edward Nalbandian confirmed the information the next day.
Nalbandian said he and Azerbaijan’s Elmar Mammadyarov could hold another meeting early next month in the presence of Russian, U.S. and French diplomats co-chairing the OSCE Minsk Group.
The three ministers met in Moscow as recently as on December 9, just over a week after the failure by Armenia’s and Azerbaijan’s presidents to reach any agreements on the margins of an OSCE summit held in Astana, Kazakhstan. Russian President Dmitry Medvedev had expressed hope that they will iron out their remaining disagreements on the basic principles of a Karabakh settlement proposed by the Russian, U.S. and French mediators.
Lavrov said that the talks hosted by him center on “two or three” sticking points preventing the signing of an Armenian-Azerbaijani framework peace accord. “Although they are insignificant in comparison with other issues that have been agreed upon, they are considered more difficult ones,” he said without elaboration.
Nalbandian did not comment Friday on chances of a breakthrough in the drawn-out negotiating process. He reiterated that the proposed basic principles are largely acceptable to the Armenian side.
The principles in question include the territorial integrity of Azerbaijan and the Karabakh Armenians’ right to self-determination. They also call for Armenian withdrawal from Azerbaijani districts surrounding Karabakh.
“In essence, the Azerbaijanis accept only one of these principles: territorial integrity,” Nalbandian said, describing Baku’s stance as confusing. “They must say clearly ‘yes’ or ‘no,’” he added.
Azerbaijan’s leadership has repeatedly stated that it has largely accepted the proposed settlement and that it is the Armenians who are dragging their feet. 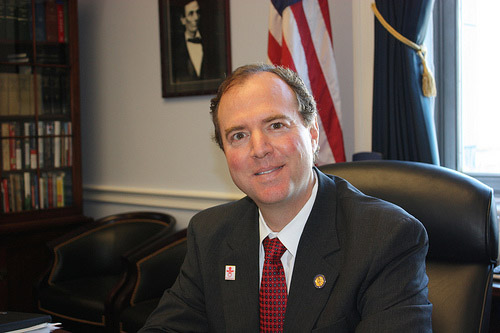