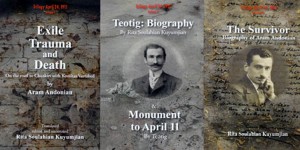 Armenian communities across California welcomed Canadian-Armenian scholar, Dr. Rita Soulahian-Kuyumjian, who introduced her work on Komitas Vartabed and the Armenian Genocide. Dr. Kuyumjian is one of the most prolific scholars of Armenians studies in recent years. She recently published a trilogy of books on the Armenian Genocide dedicated to the 95th anniversary of the Armenian Genocide: A translation of Aram Andonian’s account of the arrest of Armenian community leaders on 24 April 1915; a biography of Andonian who later founded modern Armenian Genocide studies in Paris; and the first English language biography of the great Armenian intellectual, Teotig. This biography includes a translation of Teotig’s monumental work dedicated to the victims of April 24th (the translation was done by Ara Stepan Melkonian, Gomidas Institute). Dr. Kuyumjian also introduced her highly successful biography of Komitas, “Archeology of Madness,” which was just republished in a paperback edition by the Gomidas Institute. “Archeology of Madness” has been consulted by scores of academic, journalists and intellectuals working on the great Armenian composer.
Speaking at several venues in Glendale and Fresno, Dr. Kuyumjian spoke about Armenian intellectuals before and after the Armenian Genocide of 1915, with a focus on their development in Constantinople before 1915, the loss of this national cadre between 1915-18, and the fate of three survivors afterwards: Aram Andonian, Teotig, and Komitas Vartabed. Dr. Soulahian, who is a clinical psychiatrist, also gave a special paper at the Ararat-Eskijian Museum on “Komitas Vartabed: Trauma or Mental Illness? Facts and Myths.”
Dr. Kuyumjian was well received by her audiences, who engaged in lively question and answer sessions. “I am so glad to see so many your people at these talks” said Dr. Kuyumjian, who was clearly moved by her hosts. Dr. Kuyumjian teaches at McGill University in Montreal and is currently working on new projects. She will make another tour of the United States in the near future.
For more information please contact [email protected]
About “Trilogy April 24, 1915”
(Vol. 1) Aram Andonian, Exile, Trauma and Death: On the Road to Chankiri with Komitas Vartabed, (transl, ed and annot by Dr. Rita Soulahian Kuyumjian), joint publication of the Gomidas Institute and Tekeyan Cultural Association, 200 pp, maps, photos, ISBN 9781903656921, pb. US$22.00 / UK£16.00.
(Vol. 2) Rita Soulahian Kuyumjian, Teotig: Biography [including Monument to April 11 by Teotig], joint publication of the Gomidas Institute and Tekeyan Cultural Association, 254 pp, photos, ISBN 9781903656938, pb. US$22.00 / UK£16.00.
(Vol. 3) Rita Soulahian Kuyumjian, The Survivor: Biography of Aram Andonian, joint publication of the Gomidas Institute and Tekeyan Cultural Association, 96 pp, photos, ISBN 9781903656938, pb. US$14.00 / UK£10.00. All titles available worldwide from [email protected] 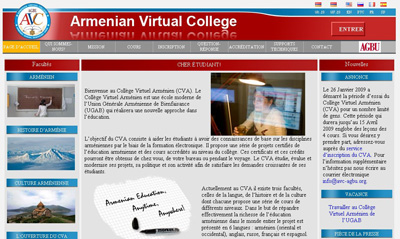 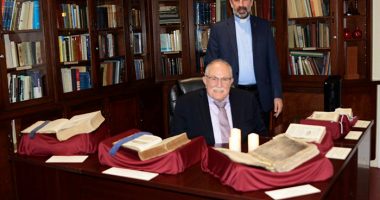