The following is a summary of a Russian article by Igor Petrov, concerning the business investments and holdings of oligarchs in Armenia. The article was published On January 29, in the Russian paper Versia. The entire article can be found at http://versia.ru/articles/2010/jan/29/korrupciya_v_armenii.

By Igor Petrov
In parallel to the officially proclaimed financial-budgetary system within the state flows a shadowy one, which considerably exceeds, in terms of turnover, the public/formal budgetary system.

Recently, in Russia’s press statements were made by the head of the Armenian National Club “Miabanutyun”
Moscow, Smbat Karakhanian, stated that Armenia lacks a truly national system, and disregard persons who aim to protect both the traditional national and state interests, territorial interests, and the interests of ordinary citizens.

“Authority itself in the country is conducted through falsification and power pressures arranged by representatives of oligarchs, crime and external creatures. Of course these groups attend the interests of their masters, and to them there is no interest in the problems of the majority of population. Beginning from the traditional national interests, to the economic and financial mechanism, including of the insincere game in the course drama and deception with the low quality of the gas supplied to homes, to garner favor of constituents. We assume that the top government authorities manage about 85% of all assets and enterprises of the country, including illegal traffic and extortion, and control nearly 90% of financial transactions. In this sense it is not difficult to understand the true reasons and designation of the obtained intergovernmental loan”. It is the only effective resource, with the aid of which the authorities solve both political and economic problems in the country.

This informal association has adopted the worst methods of criminal lawlessness, says Karahanian. “Naturally, in such circumstances the words of the Armenian leadership on combating corruption and bribery, for the majority of citizens, including officials of different ranks only cause anger and an ironic smile.”
Serious anti-corruption legislation in Armenia, in contrast to, for example, even other countries of the former Soviet Union, have not been established. The export of capital and money by Armenian oligarchs and top officials are carried out primarily in the traditional parts of the world, such as: Switzerland, Cyprus, Lebanon, UAE, Liechtenstein, the U.K., etc…

However, there is a tendency to “hide” and launder money in other countries also. In this regard, first of all, we will identify the countries of Southern Europe and the Balkans (Croatia, Montenegro, Italy, Bulgaria, Romania and Greece), Israel (for example, Bank “Hapoalim”) and, according to some sources, even Turkey (including real estate), and from Latin America: Argentina and Belize. Judging by publications in press reports, the intelligence agencies of the United States have hampered attempts of money laundering into their country by oligarchs, corrupt Armenian officials and by their proxies.

We would like to draw attention to an article in “Forbes – Armenia,” the first issue of which was published in mid-December 2006. The publication presented ten richest people in Armenia without any additional information about their employment status. We bring to your attention the list in descending order and their positions at that time:

Note the fact that 6 of the 10 mentioned in the list were in the executive branch (including former and current presidents) and lived on “one salary.” This comparative list, was published six months before the last parliamentary elections, and showed “who’s who” in Armenia.

As the founder of the existing system, the second president of Armenia, Robert Kocharian (1998-2008) was able to concentrate in his hands an enormous amount of wealth in contrast to the standards of a small country’s capabilities.
During his administration of the country Kocharian controlled (or had a share) in the following sectors of national revenue:
– In the field of taxation,
– Telecommunications,
– In construction,
– In the field of gas supply
– In the processing of precious stones, as well as all other operations associated with precious stones (mainly import-export) – In total imports (by some estimates 30% to 40%)
– In mining, extraction and processing of mineral resources
– In communications and transport infrastructure (mail, civil aviation, etc…).
The material and intangible assets of the Kocharian family can by contemplated to be no less than 4 billion U.S. dollars.
The present government of Armenia controls the following sectors of economy:
– the sphere of customs duties,
– the sphere of the import of petroleum products, gasoline and diesel fuel,
– the sphere of the export of metals and scrap metal,
– sphere the import of gold and its realization
– the sphere of air transportation and airlines
– the sphere of import (according to some estimations from 35% to 45%).
It should also be noted that currently through the territory of Armenia run series of drug trafficking trails, from the southern border to the main railway stations and airports in Yerevan and Gyumri, where the goods pass in transit to Georgia (by rail) and then to Ukraine, as well as (by air) to Russian cities of Novorossiysk and Anapa (partially settling in Russia), continuing to Europe. Against this background, the smuggling of gold and precious stones, especially unaccounted for diamonds, which are taken in bulk to Russia and Europe seem insignificant.

To specify all of the above, the head of the Armenian National Club Miabanutyun Moscow Smbat Karakhanian said: “I can confidently tell you what the first persons in Armenia hold:

Assets, which he previously owned or had a substantial share:
– “K-Telecom” (trade mark “VivaCell”)
– Agro-industries Ltd. (1870 ha)
– Golden Palace Hotel in Yerevan (the real owner of 83% was Sedrak Kocharian)
– AraratCement “- 33%
– “Converse” (through the eldest son Sedrak Kocharian). The bank got into the field of view of U.S. intelligence, when it became clear that through its accounts laundered money (about 800-900 million) a number of front companies and banks linked to international terrorism. The scandal led to the resignation of the President of the Bank S. Nasibian and sale of assets of the family to another owner E. Eurnekian. However, there are sufficient grounds for believing that the transaction for the sale of S. Kocharian’s shares were false. In fact he remains a co-owner of Converse.
—- 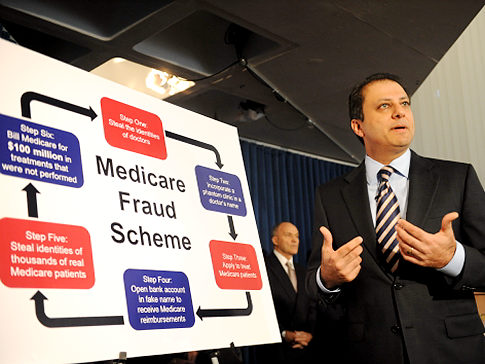