YEREVAN –Azerbaijan is looking for an excuse to launch another attack on Armenia, Prime Minister Nikol Pashinyan said on Monday.

“Azerbaijan is continuously attributing its own ceasefire violations to Armenia,” he wrote on Twitter. “Obviously, this is a creation of a pretext for new military aggression against Armenia.”

Other Armenian officials likewise said earlier that Baku is planning a fresh military offensive to try to open an “extraterritorial corridor” to Azerbaijan’s Nakhichevan exclave through Armenian territory.

Earlier on Monday, the Azerbaijani Defense Ministry warned Yerevan over what it called a deployment of more Armenian soldiers and artillery at one of the border sections. It said that this could lead to another upsurge in violence.

The Armenian Defense Ministry confirmed the deployment but insisted that it was carried out in response to an Azerbaijani military build-up in the same area.

“The presence of artillery in the direction of Vardenis is related to the movement of additional forces and equipment by the Azerbaijani Armed Forces, which has caused certain tension”, the Armenian Defense Ministry said.

“The steps of the Armenian side taken after the deployment of additional Azerbaijani artillery and anti-aircraft means in the given zone, are exclusively defensive in nature,” the Defense Ministry stated.

“The actions of the Armenian side do not aim to strain the situation, and in the event the Azerbaijani side withdraws the mentioned means from the given direction, the Armenian side will also withdraw its additional resources. The Armenian side is ready to negotiate the issue,” the Ministry said. 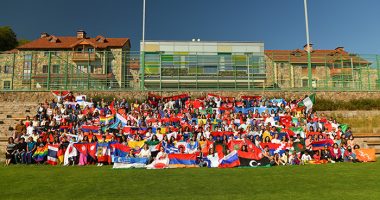 DILIJAN — UWC Dilijan marked its 7th birthday on the day of… 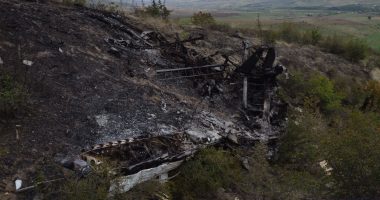