YEREVAN — The upcoming entry into force of a bill criminalizing illegal logging in Armenia will put the government in a much stronger position to stop the country’s deforestation, Environment Protection Minister Erik Grigoryan said on Tuesday.

Armenian law has until now envisaged only fines for the practice that has been widespread since the 1990s. A package of amendments to the criminal and administrative codes unanimously passed by the National Assembly earlier this month made it a crime punishable by two years in prison in cases where damage caused to forests exceeds 100,000 drams ($210).

Individuals illegally cutting a smaller number of trees for a second time will also face imprisonment. In addition, the amendments, which will take effect next week, will introduce criminal liability for “collective logging” not authorized by relevant authorities.

“This will have a substantial impact on illegal logging and we will see in the coming year how many people stop using wood as a source of heating,” Grigoryan told RFE/RL’s Armenian service. He predicted that firewood will become much more expensive than it is now.

“The existing legal rules have left many loopholes for people to periodically cut trees and get away with that,” argued the minister.

Nazeli Vartanyan, who runs the non-governmental organization Forests of Armenia, disagreed, saying that many poor residents of small towns and villages located near forests have not been able pay the existing fines. This has not prevented them from cutting trees on a regular basis, Vartanyan said. She suggested that they will ignore or revolt against the heavier penalties.

Grigoryan countered that poverty cannot be an excuse for not punishing such people. He also argued that much of the illegal logging in Armenia has been done by organized groups linked to the underworld or corrupt government and security officials.

In its drive to protect the country’s endangered forests, the minister went on, the government will not only enforce the new penalties but also deploy more forest guards and step up logging inspections.

Government efforts to curb logging have already met with fierce resistance in the northern Tavush province. Hundreds of local residents rallied and blocked a major highway there last week in protest against the crackdown. More than a dozen of them were arrested after clashing with riot police.

Following the unrest, Prime Minister Nikol Pashinyan ruled out any concessions to “the organizers of illegal logging” and pledged to end the practice “in the most resolute manner.”

Grigoryan acknowledged that the crackdown could spark more protests in this or other parts of Armenia. 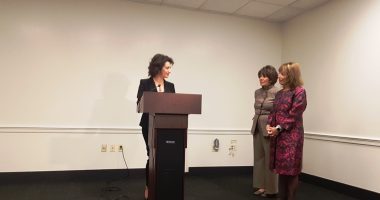