NEW YORK — On Sunday, April 22, 2018 from 2-4 pm, thousands will gather in Times Square (43rd St. & Broadway) to commemorate the 103rd anniversary commemoration of the Armenian Genocide (Medz Yeghern), the first genocide of the 20th century. In recognition of Genocide Awareness Month in April, Holocaust Remembrance Day (Yom HaShoah) will also be commemorated, along with other genocides committed in contemporary history.

This powerful event, free and open to the public, will honor the 1.5 million Armenians who were massacred by the Young Turk Government of the Ottoman Empire and the millions of victims of genocide worldwide. Speakers will include well-known artists, politicians, academics and humanitarians. Armen McOmber, Esq. and Professor Nvair Beylerian, Co-Director of the Center for Peace, Justice, Reconciliation at Bergen Community College, will preside over the program, the theme of which is “Truth, Justice and Recognition.”

“These killings, which were labeled crimes against humanity and civilization at the time, exactly fit the definition of the word genocide, which was coined by Raphael Lemkin, a Polish-Jewish lawyer in 1943,” said Dr. Dennis Papazian, Founding Director of the Armenian Research Center at the University of Michigan-Dearborn. “In the long run, Turkish recognition of the Armenian Genocide is critical, since Turkey is the responsible successive government of the Ottoman Empire.”

The commemoration arrives on the heels of the newly published book, Killing Orders, by Turkish historian Dr. Taner Akcam, who has pieced together documents from trials that emerged from the Armenian Genocide, which he refers to as the “smoking gun” and hopes it will “remove the last brick in the denialist wall.”

“My firm belief as a Turk is that democracy and human rights in Turkey can only be established by facing history and acknowledging historic wrongdoings,” said Dr. Akcam in a recent New York Times interview titled, “Sherlock Holmes of Armenian Genocide Uncovers Lost Evidence.”

The Astghikner Vocal Ensemble of the St. Gregory the Illuminator Mission Parish of Brooklyn, New York, will sing the Armenian and American anthems, kicking off a program that pays homage to the lives lost to genocide and invigorating efforts towards worldwide recognition.

“The international community needs to not only recognize the Armenian Genocide but shine a light on its history for all to see,” said Beylerian. “Acknowledge it, study it, talk about it and emphasize to the world how easily the horrors repeat themselves over and over and over again.” 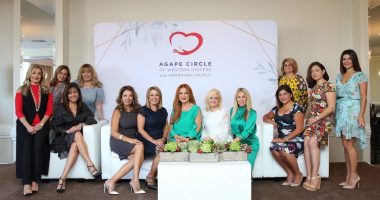 YEREVAN (RFE/RL) — The U.S. Congress is expected to allocate later this… 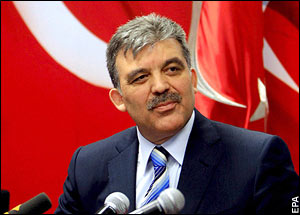