Transparency International to campaign for accountability and action in Czech Republic, Denmark, Germany and United Kingdom

LONDON — Transparency International, the global anti-corruption organisation, is calling for politicians, banks and businesses that helped to launder the reputation of Azerbaijan across Europe to be investigated and, if appropriate, for the perpetrators to be sanctioned.

The anti-corruption organisation will launch national and international advocacy campaigns targeted at strengthening anti-money laundering practices, identifying individual wrong-doing and calling for international organisations, including the Council of Europe, to investigate allegations of inappropriate behaviour and take corrective action.

This follows an investigation carried out by journalists in six countries (Czech Republic, Denmark, France, Germany, United Kingdom and United States) into a shady financial network that appears to have funnelled money from a US$2.9 billion Azeri slush fund to pay decision-makers and prominent individuals across Europe.

“It is shocking to see that some politicians at respected bodies like the Parliamentary Assembly of the Council of Europe are up for sale and are willing to turn a blind eye to corruption and human rights abuses for cash. They must be sanctioned and we will put pressure on the authorities to take action. The story does not end here,” said José Ugaz, Chair of Transparency International.

The investigation names, Danske Bank, a prominent bank in Denmark and specifically its branch in Estonia as the centre of the financial network. It also identifies four shell companies set up in the UK with secret offshore owners that received money from the slush fund. In addition, individuals and businesses are reported to have received payments from these companies in Germany and the UK.

The reports describe how politicians and consultants who received the money were in a position to influence decisions about Azerbaijan’s human rights record at the Parliamentary Assembly of the Council of Europe (PACE). The purpose of the payments appears to have been to limit the effects of damaging information regarding human rights and election fraud that would have brought the country into greater disrepute.

“These investigations show that even in countries where corruption risks are considered low like Denmark, which ranks at the top of Transparency International’s Corruption Perceptions Index, the regulatory bodies are still behind in enforce anti-money laundering legislation,” added Ugaz.

Transparency International, as part of a partnership with the Organised Crime and Corruption Reporting Project that broke the story, will pressure the appropriate authorities to ensure that any wrongdoing is both investigated and punished, and that regulatory loopholes are closed.

As first steps, Transparency International will:
-Present evidence to the special corruption investigative group at PACE on 7 September and ask for a full, transparent investigation
-Provide a dossier relating to the investigation with the US authorities since the International Bank of Azerbaijan is based in the United States.

The slush fund also supported the lavish lifestyles of the ruling family of Azerbaijan and a crony network of accomplices, including business leaders and politicians both in Germany and elsewhere. The investigations uncovered that the money was used to buy a football club, jewellery and major real estate in the Czech Republic.

Transparency International will also:
-Call on the authorities in the Czech Republic, Denmark and Germany to investigate the role of shell companies with secret ownership and push for public registers of beneficial ownership
-Call on the authorities in those countries to tighten and implement anti-money laundering procedures
-Call for full investigations into those receiving “dirty money” at the international, regional and national levels
-Ask citizens across Europe to write to their parliamentarians who attend the Parliamentary Assembly of the Council of Europe to adopt stronger integrity standards in light of serious allegations of corruption and manipulation.

The investigation and the follow-up advocacy are part of The Global Anti-Corruption Consortium (GACC), a new initiative that links journalists and activists. For more information on the project click here.

The Council of Europe is the leading forum in Europe tasked with monitoring human rights, democracy and the rule of law in its 47 member. 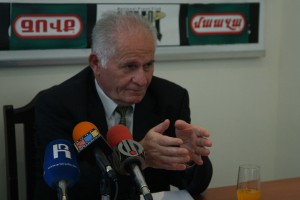 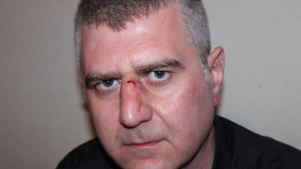