VIENNA (RFE/RL) — Diplomats from the United States, Russia and France on Friday again warned the Council of Europe’s Parliamentary Assembly (PACE) against undermining their efforts to resolve the Nagorno-Karabakh conflict with pro-Azerbaijani resolutions that will be debated in Strasbourg next week.

In a joint statement, James Warlick, Igor Popov and Pierre Andrieu stressed that that the OSCE Minsk Group co-headed by them “remains the only accepted format for negotiations.”

“We appreciate the interest paid by PACE members, but urge that steps not be taken which could undermine the Minsk Group’s mandate from the Organization for Security and Co-operation in Europe or complicate ongoing negotiations,” they said.

The two draft resolutions on Karabakh were approved by the PACE’s standing committees on political and social affairs in November. One of them was drawn up by Robert Walter, a pro-Azerbaijani British parliamentarian. It demands Karabakh’s unconditional return to Azerbaijani rule and says that the three mediating powers should “consider reviewing” their peace efforts accordingly.

The other document drafted by Bosnian lawmaker Milica Markovic accuses Armenia of “deliberately depriving” Azerbaijani farmers of water flowing from the Sarsang reservoir in northern Karabakh. It too calls for “the immediate withdrawal of Armenian armed forces from the region concerned.”

Armenia and Karabakh’s leadership have strongly rejected the proposed resolutions, saying that their authors have close ties with the Azerbaijani government and therefore cannot be impartial. Armenian criticism of Walter, who reportedly received Turkish citizenship and relocated to Turkey last year, has been particularly harsh.

The Minsk Group co-chairs also criticized Walter’s resolution and warned the PACE not to “disrupt the negotiation process and impede progress towards a settlement” in a statement issued in November.

By contrast, Azerbaijan welcomed the proposed text. It also lambasted the U.S., Russian and French mediators, saying that their long-running peace efforts have produced “zero results.”

Peace proposals made by the mediating powers over the past decade markedly differ from the Karabakh settlement advocated by the PACE committees. Their Basic Principles envisage an internationally recognized referendum in which Karabakh’s predominantly Armenian population would apparently be able to reaffirm the territory’s de facto secession from Azerbaijan.

The referendum would take place years after the return of virtually all seven districts in Azerbaijan proper that were fully or partly occupied by Karabakh Armenian forces during the 1991-1994 war. 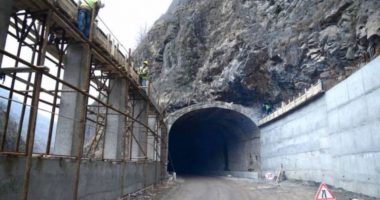 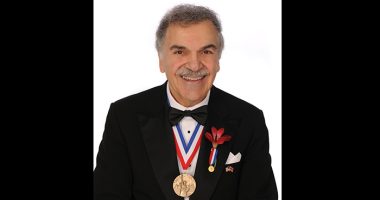 PARAMUS, NJ – The AMAA has announced the passing of Edward Avedisian,…