Karabakh MFA: Use of Sarsang Reservoir is Sovereign Right of Karabakh People

STEPANAKERT (News.am) – According to all norms of international law, the use of the Sarsang Reservoir, which is located in the territory of Karabakh, was and will be the sovereign right of the Karabakh people, which cannot be violated by any resolution. Deputy FM of the Nagorno-Karabakh Republic (NKR) Armine Aleksanyan told News.am correspondent.

She positively assessed the fact that the PACE deputies didn’t adopt the report by the British MP Robert Walter entitled “Escalation of Violence in Nagorno-Karabakh and Other Occupied Territories of Azerbaijan.” “This is indicative of the fact that PACE has supporters of common sense, who understand the responsibility and seriousness of the moment,” Aleksanyan said.

The Deputy FM also stressed: “PACE actually acknowledged that the issues on the settlement of the conflict are outside its jurisdiction. The issue should be considered only in the framework of the OSCE Minsk Group.” At the same time, Aleksanyan expressed concern over the fact that the PACE deputies didn’t manifest the same political maturity during the voting on the resolution regarding Sarsang Reservoir. 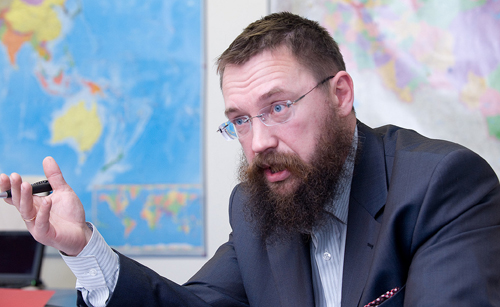