JERUSALEM — On March 5 Foreign Minister Edward Nalbandian was present at the special concert of the Jerusalem Symphony Orchestra dedicated to the Centennial of the Armenian Genocide bearing the title “With You, Armenia.”

During the concert of the fully-packed prestigious hall the compositions of Komitas, Aram Khachatryan, Beethoven and Stepan Rostomyan were performed.

In his speech before the concert streamed live on the Israeli Public Radio Edward Nalbandian said:

“I have been in the Holy city of Jerusalem several times, always feeling very special about it. Today’s symbolism is particular. The Jerusalem Symphony Orchestra is dedicating its concert to the Centenary of the Armenian Genocide, and I would like to thank all those who worked hard for creating this opportunity.

Few nations have as many similarities as the Armenians and Jews. After several centuries of stateless existence and sufferings, scattering around the world, the fate-sharing of surviving the horrors of Genocide, we pride ourselves of re-establishing statehood in the 20th century.

I would like to repeat what one of the Jewish witnesses of the Armenian Genocide yet in 1915 said: “My teeth have been ground down with worry, whose turn is next? When I walked on the blessed and holy ground on my way up to Jerusalem, I asked myself if we are living in our modern era, in 1915, or in the days of Titus or Nebuchadnezzar? Did I, a Jew, forget that I am a Jew? I also asked myself if I have the right to weep ‘over the tragedy of my people’ only, and whether the Prophet Jeremiah did not shed tears of blood for the Armenians as well?”

And it is widely acknowledged that it might have been possible to prevent the crimes committed under the veil of World War II had the crimes against humanity committed during the World War I earned unequivocal international condemnation, and had those responsible for them been duly punished. Adolf Hitler’s quotation from August 1939 “Who still talks nowadays of the extermination of the Armenians?” stands as a sober reminder that the impunity and the denial of committed genocide provide a solid ground for its recurrence in other places.

The full acknowledgement of committed genocides is one of the most effective tools for the prevention of their reoccurrence in the future. The right of people to their memory, their right to knowledge of the past tragedies through remembrance has a vital role on the way to preventing new genocides.

In this regard the peoples of Armenia and Israel are very well aware and share the pain they have suffered in the past. Armenians have one of the highest Holocaust awareness around the world. According to the recent UNESCO report, Armenia is the only country in the region where school curriculum includes the direct reference to the Holocaust. Those of you who visited Yad Vashem must have read the names of Armenians who saved Jews during the Holocaust and got the honorable title of the “righteous among the nations”. A recent survey by the Foundation of Shoah Memory showed that 88% of Jews in Israel acknowledge the Armenian Genocide, and this is one of the highest in the world.

Earlier today I had the honor of being received by His Excellency President Reuven Rivlin. The shared responsibility of our nations in preventing genocides, crimes against humanity was one of the main issues of our discussion.

And here I would like to thank Holocaust survivor and Nobel Prize Winner Elie Wiesel, eminent professors Israel Charny, Yair Auron, and many other Jewish scholars, whose works on Armenian and Jewish genocides are highly appreciated throughout the world.

There is another important similarity between our nations. Despite attempts of total extermination of our two peoples, we have found regeneration. It would be a challenging mission for anyone who dares to count the talented artists, musicians, scientists, successful business-people, who have made their great input in the development of their respective fields in the 20th and 21st centuries. In fact, one of the key messages of the commemoration of the Centenary of the Armenian Genocide is the regeneration.

The mere fact that the Jerusalem Symphony Orchestra has included in its programs the works of Armenian and Jewish composers of the 20th and 21st century is a clear proof of that regeneration.” 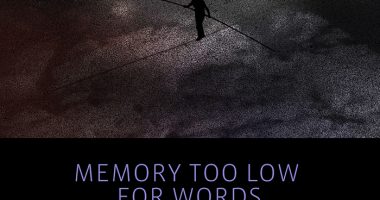 ISTANBUL — The premier of ‘Memory Too Low For Words’, a film…