Home Armenian Genocide 100 Years of Genocide, or Why My Grandfather Didn’t Want to Be Armenian

100 Years of Genocide, or Why My Grandfather Didn’t Want to Be Armenian

If my grandfather had it his way, he never would have been born Armenian.

A Bostonian to the bone, and a fish monger at that, he once spent an afternoon telling me about all the work he lost on account of his race. “To hell with it,” he said. “It’s not worth it.”

He was descended from Soo-ren Nahigian, an atheist Bible salesman who changed the “i” in his last name to “y” on the hope that it would get folks to stop pronouncing the “g” like a “j.” In the 100 years or so of Nahigyan family history, it has yet to do the trick.

Soo-ren came to America for his education, but when it was time to return to Armenia his father wrote to him saying don’t come back. My great-great grandfather was Kashador – or maybe Kachador – Nahigian, and he died with the rest of the Armenian Nahigians in 1915.

My great-grandfather Soo-ren didn’t talk about Armenia with my grandfather. My grandfather resented being Armenian to my father, and my father, second-generation and with a Bostonian accent thicker than his father’s, was just a very hairy American. Because of this tumultuous family history, and because my father died when I was seven, and because my mother is as white as a loaf of Wonder, I didn’t learn about the Armenian Genocide until I came upon a very disconcerting paragraph in my sixth grade History textbook.

It is a quote by Adolf Hitler that is now inscribed on a wall in Washington, D.C.’s Holocaust Memorial Museum. The quote is from a speech he gave a week before the German invasion of Poland in 1939 [emphasis added]:

“I have issued the command – and I’ll have anybody who utters but one word of criticism executed by a firing squad – that our war aim does not consist in reaching certain lines, but in the physical destruction of the enemy. Accordingly, I have placed my death-head formations in readiness…with orders to them to send to death mercilessly and without compassion, men, women, and children of Polish derivation and language. Only thus shall we gain the living space which we need. Who, after all, speaks today of the annihilation of the Armenians?”

No one in my life.
I stared at the page and tried to fathom what exactly der führer was talking about. Below the quote was another disconcerting paragraph mentioning that somewhere in the neighborhood of a million Armenians had been killed earlier that century. In my century. My life has been predicated, I suddenly realized, by a million, dead, unknown Armenians. Chief among them had always been my father, but behind him, I now knew, were the shades of not just ancestors but their neighbors, and their neighbors’ wives and their children, and the villages where they lived in the twentieth century. Until they suddenly didn’t, anymore.

“A single death is a tragedy,” Josef Stalin is supposed to have said. “A million is a statistic.”

This April will mark the 100th year since the beginning of the Armenian, Assyrian and Greek Genocide. Its historic roots stretch back roughly 3,000 years and if I had that many pages to describe them I would still not have a decent explanation for you, because there are no decent explanations for killing a person, let alone 1.5 million.

I can say that the killings began in 1915 and continued through 1923. Turkish soldiers and mercenaries took Armenians, Assyrians and Greeks into the Anatolian and Syrian deserts and made them march until they died. Some were shot, some were roped together and thrown in rivers, some were thrown off cliffs or burned alive, and some were crucified. There is evidence of these murders for anyone who goes looking for it, be it in photographs or around the hill of Margada in the eastern Syrian desert. Bones can still be found there buried in the shallow dirt.

Children below a certain age were taken from their parents and, if not shot and buried in shared graves, given to Turkish families to be converted to Islam and raised Turkish. This offends me far less than more zealous Armenians, because, after all, the children did survive – even as their mothers, fathers and elder siblings were slaughtered and their homes given over to the Turks. What disturbs me more are the thousands of women who would go on to raise children born from the mass rapes of this era, and the decades of agony that follow these families unto the present day.

The Western Front
According to journalist Robert Fisk in his article, “The First Holocaust,” U.S. diplomats were among the first to record the Armenian genocide. Leslie Davis was the American consul in Harput at the time and wrote an account of seeing “the remains of not less than ten thousand Armenians” around Lake Goeljuk. Germans, too, who had been dispatched to Turkey to help organize the Ottoman military, reported mass slaughters and even more abominable acts. In the United States itself, The New York Times first began reporting of Armenian rapes and exterminations as early as November 1914. British diplomats across the Middle East, Fisk writes, received first-hand dispatches of the systematic slaughter. Private diaries of Europeans living in the region at the time exist and contain grisly and despairing passages of the event.

The West has known about this from the beginning. There is no disputing the fact that Armenians and other ethnic groups were massacred in Turkey in the early twentieth century.

In Turkey, however, it is effectively illegal to admit this. Today, Article 301 of the Turkish penal code prohibits citizens from insulting the Turkish nation or government. Even suggesting that the Turks of 100 years ago pursued an agenda of ethnic cleansing can be rewarded with death.

Journalists have been killed for writing about the genocide. In truth, writing anything in Turkey can be hazardous to one’s health. It ranks 154th in the World Press Freedom Index (out of 179 listed countries), and is currently “the world’s biggest prison for journalists.”

And because Turkey refuses to acknowledge the Armenian Genocide as a genocide, the United States, too, has remained mute on the subject.

From a legal standpoint, recognizing a genocide brings with it a host of complicated issues for a country – all of which perhaps pales in comparison to simply accepting blame for the planet’s most heinous criminal act. Turkey is a rare international ally for America – a Middle Eastern state that retains a non-violent relationship with Israel. For that reason, the United States has refused to officially recognize the Armenian Genocide. Doing so would be politically impolite.

This socio-political problem has transcended administrations and party lines. A resolution to recognize the Armenian Genocide was introduced by the 110th Congress in 2007, but then-President George Bush II publicly opposed it. Before succeeding the office, Barack Obama pledged that he would do what Bush could not. In 2006, Senator Obama criticized Secretary of State Condoleezza Rice for firing John Evans, the Armenian Ambassador at the time, “after he properly used the term ‘genocide’ to describe Turkey’s slaughter of thousands of Armenians starting in 1915.” Those are Obama’s own words.

“I shared with Secretary Rice my firmly held conviction that the Armenian Genocide is not an allegation, a personal opinion, or a point of view,” he added, “but rather a widely documented fact supported by an overwhelming body of historical evidence.”

In 2008, Obama reiterated his stance: “America deserves a leader who speaks truthfully about the Armenian Genocide and responds forcefully to all genocides. I intend to be that President.”

In the six years since taking office, Obama has not been that President. He has refused to acknowledge the Armenian Genocide even once.

I hate any form of enforced ignorance that claims “2 + 2 = 5” and strikes down the indomitable voices that scream “4” until they’re silenced. By denying genocide, by denying the forced marches of Assyrians, of Greeks and of Armenians, by denying the tortures and the rapes, by denying the crucifixions and persecutions, Turkey is denying a final peace for so many. And they have been doing so for far too long.

My grandfather doesn’t think of himself as Armenian. He is a Bostonian first and a New Englander second, an American third and a businessman fourth. This fight for recognition is not his fight. This is not to say he bears no love for his father’s country; it is simply that time has moved on, America is now his home, its pledge the only allegiance he knows. The stories and the prayers of Kashador – or Kachador – and the traditions of the dead Nahigians are now a century extinguished.

What I’ve learned about Armenia has come from books, from fellow Armenians who have reached out, and from a diaspora that refuses to let the wax of its own dying candles cool. It wants what any culture wants, what any human deserves – and that is the truth.

My grandfather never wanted to be Armenian. But I am. And one hundred years later, I know how much that means. 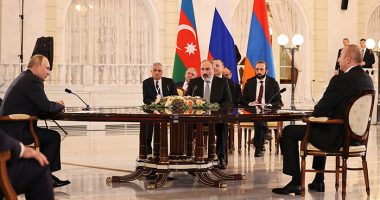 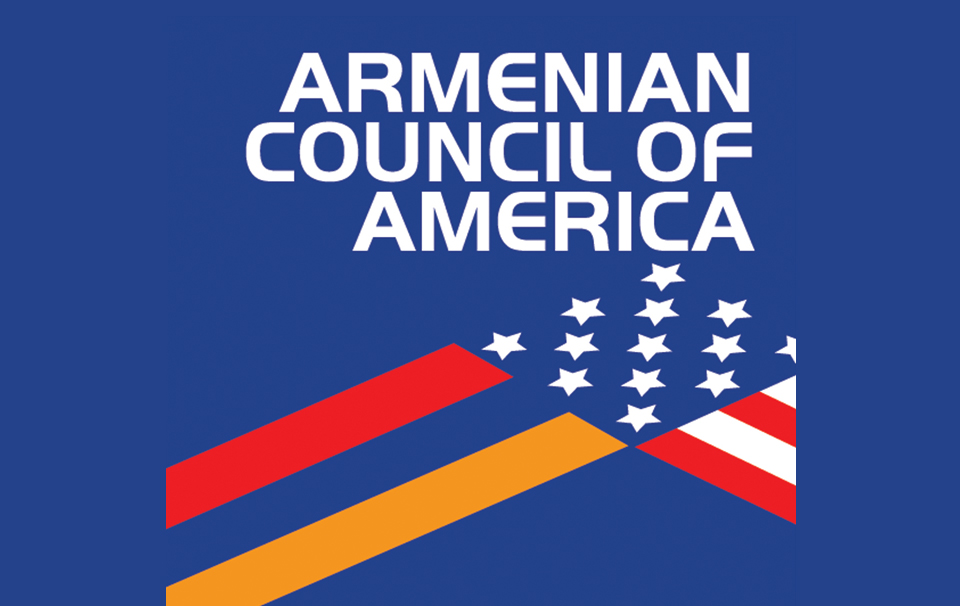