BAKU — Swiss President Didier Burkhalter, the OSCE chairperson-in-office, on Monday urged Azerbaijan and Armenia to step up efforts for a peaceful solution to the conflict over Nagorno-Karabakh. Burkhalter proposed a meeting between the presidents of the two countries “marking the start of a structured negotiation process for a peace agreement.”

While meeting President Ilham Aliyev, of Azerbaijan, during a visit to Baku on Monday, Burkhalter  “called on the sides to strictly adhere to the 1994 ceasefire agreement” .

Burkhalter backed a proposal for a meeting in Paris between the Armenian and Azerbaijani presidents that “should mark the beginning of a new phase in peace talks,” he was quoted as saying by Azerbaijan’s state news agency, Azertag.

In Baku, the Swiss president was beginning a three-day visit to the South Caucasus which will see him holding high-level talks in Georgia on Tuesday and Armenia Wednesday.

Burkhalter reiterated the full support of the Swiss Chairmanship for the work of the OSCE Minsk Group Co-Chairs and his Personal Representative, Ambassador Andrzej Kasprzyk, in facilitating the negotiating process.

Didier Burkhalter is to arrive in Armenia for an official visit on Tuesday evening.

The Swiss president is scheduled to meet with his Armenian counterpart Serzh Sarkisiaan, with negotiations between the Armenian and Swiss delegations to follow. 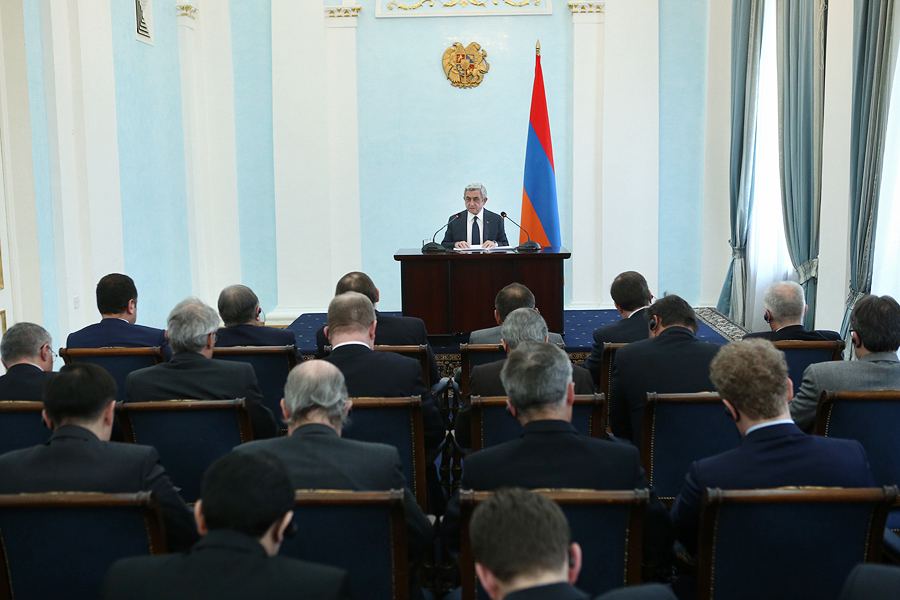