LISBON — The leaders of NATO’s 28 member states singled out Azerbaijan’s territorial integrity as the guiding principle of the Nagorno-Karabakh conflict’s resolution in a weekend declaration denounced by Armenia but welcomed in Azerbaijan.
A senior Azerbaijani official on Monday portrayed that as further proof that Armenia is an “aggressor state.” Leading Armenian opposition groups were also quick to pounce on what they called a serious diplomatic setback for Yerevan.
The wide-ranging declaration adopted at a NATO summit held in Lisbon on Saturday, says: “We remain committed in our support of the territorial integrity, independence and sovereignty of Armenia, Azerbaijan, Georgia and the Republic of Moldova, and will also continue to support efforts towards a peaceful settlement of these regional conflicts, taking into account these principles.”
Serzh Sarkisian boycotted the summit in protest against this general reference to unresolved ethnic disputes in the former Soviet Union. His spokesman, Armen Arzumanian, warned on Friday that it will complicate international efforts to broker a peaceful solution to the Karabakh conflict.
Arzumanian argued that United States and another key NATO member, France, advocate a Karabakh settlement based on territorial integrity and two other internationally recognized principles: peoples’ right to self-determination and non-use of force. A combination of these principles is at the heart of a framework peace accord put forward by the U.S., Russian and French co-chairs of the OSCE Minsk Group.
Representatives of Armenia’s leading opposition forces described the NATO declaration as a serious blow to the Armenian position on the Karabakh conflict. “The Armenian side failed to make sure that all three principles, notably the principle of self-determination, are included in this document,” said Vladimir Karapetian, the foreign policy spokesman for the Armenian National Congress (HAK).
“This means a serious change in NATO’s attitude to the conflict because in all its statements issued for over ten years, NATO had echoed the positions and approaches of the OSCE Minsk Group,” Karapetian told RFE/RL’s Armenian service. “Now NATO has its own approach and this could have very serious consequences for the conflict’s resolution.” 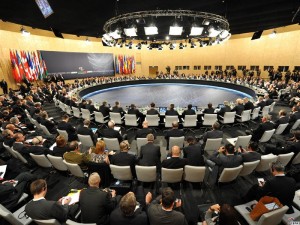 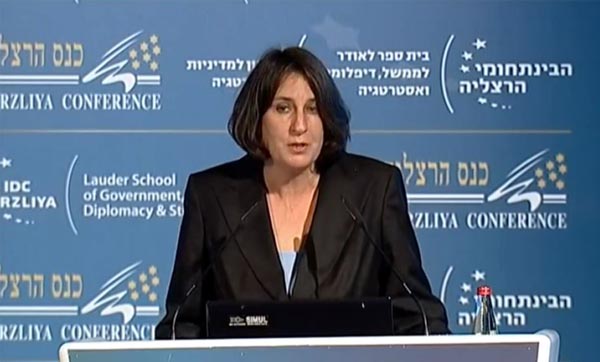