YEREVAN — Research conducted by Caucasus Heritage Watch shows that the Armenian historical-cultural heritage of Nakhijevan is almost entirely destroyed. In turn this shows that Azerbaijan is carrying out a systematic campaign against Armenian cultural and religious heritage, Lori Khatchadourian, Associate Professor at Cornell University Department of Near Eastern Studies and Caucasus Heritage Watch Co-Founder said at the 4th Global Forum Against the Crime of Genocide in Yerevan, Armenia.

“In 2020 colleagues and I founded a non-partisan research initiative called Caucasus Heritage Watch. CHW monitors and documents endangered and damaged cultural heritage using the satellite image resources. The application of technological and humanistic methods to assemble evidence concerning abuses of cultural remains that can be used in a court of law or by publics seeking truth, reconciliation and justice”, she said.

“In September CHW concluded a year-long investigation into the faith of Armenian cultural heritage in Nakhijevan. We examined all the major medieval and modern Armenian heritage sites. We geolocated these sites using scholarly publications, topographic maps and satellite images captured by KH-9 hexagon platform. A photographic satellite maintained by the US government between 1971 and 1986. Once these sites were geolocated, we assessed their condition through visual comparisons between the hexagon images and the 21st century high-resolution satellite imagery. We were able to geolocate and assess the condition of 110 Armenian heritage sites. The satellite images enabled us to document the complete erasure of 108 monuments between 1997 and 2011”, she said.

According to her, all these facts clearly indicate a systematic state-sponsored campaign to eradicate all traces of Armenian communal and religious presence from Nakhijevan and thus, Armenians themselves from the history of the region. 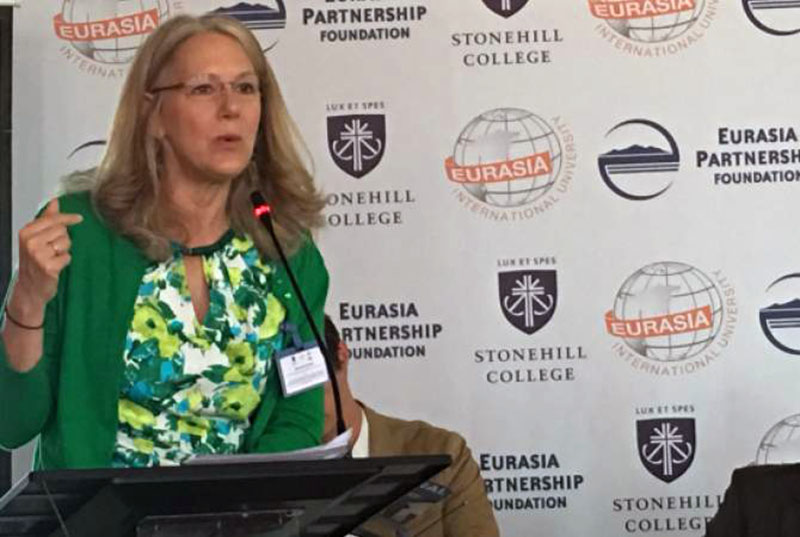