YEREVAN — UN General Assembly President Abdulla Shahid has deleted a tweet about his visit to the Armenian genocide memorial in Yerevan after complaints from Turkey.

On Wednesday, he visited the Tsitsernakabert memorial to some 1.5 million Armenians massacred by the Ottoman Turks during the First World War. He also toured the adjacent Museum-Institute of the Armenian Genocide. 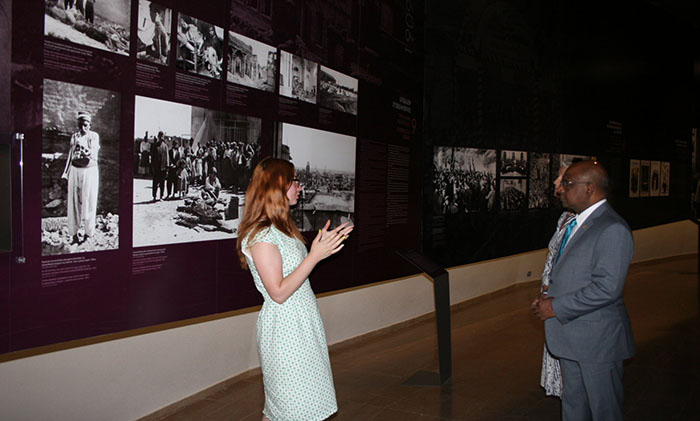 “Laid a wreath at the Memorial to the Victims of Armenian Genocide,” Shahid tweeted afterwards. “Special thanks to Museum-Institute Director Harutyun Marutian & Hasmik Martirosian for a tour of the Museum.” 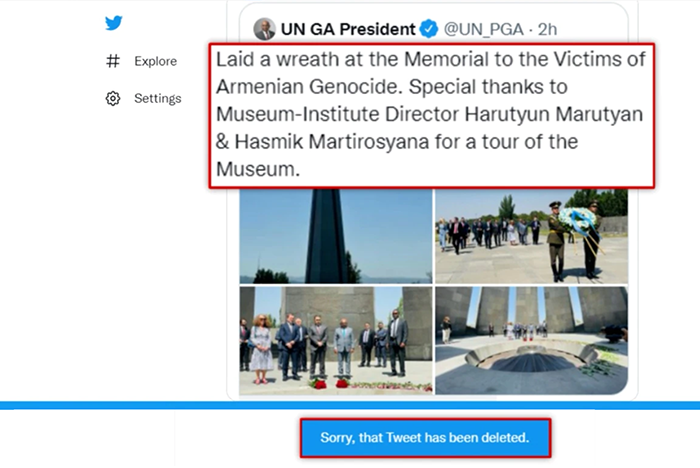 Reacting to his tweet, the Turkish Foreign Ministry charged on Wednesday that Shahid’s trip to Armenia was “exploited with the purpose of exposing one-sided Armenian claims” about the events of 1915.

“Mr. Shahid, who assumes the Presidency of the UN General Assembly, would have been expected to act in a fair and impartial manner, to be more careful and responsible in this regard,” said in a statement. 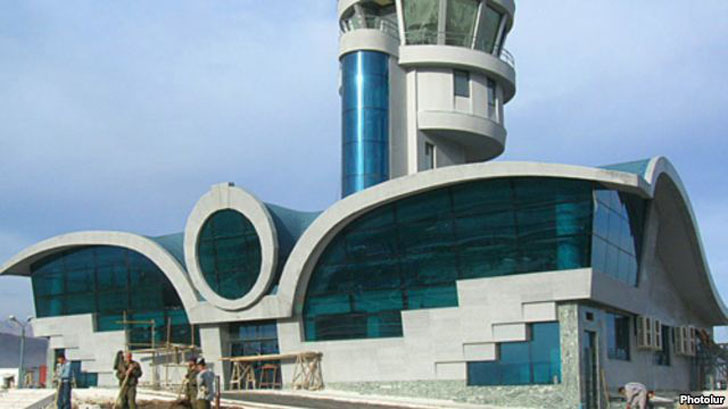 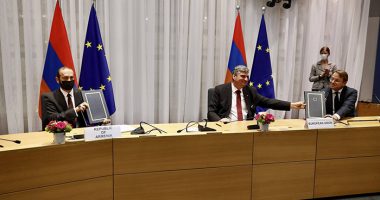 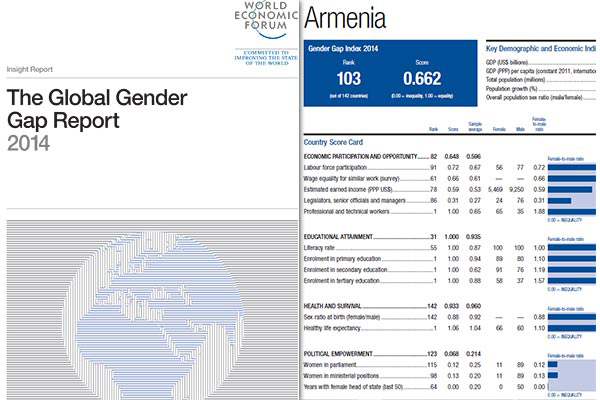