GLENDALE — More than $2.2 million was raised at the 2nd Annual Armenian American Museum Gala on Sunday, December 8, 2019 at The Beverly Hilton in Beverly Hills, California. Hundreds of supporters, community leaders, and public officials attended the signature event of the year to celebrate and support the landmark project as it approaches its historic groundbreaking year.

The program kicked off with the flag ceremony conducted by the Homenetmen scouts and national anthems performed by the AGBU Los Angeles Choir led by Maestro Gayane Baghdasaryan.

During the program, the museum unveiled “The Armenian Legacy,” a powerful new video starring Fox 11 Morning News Anchor/Reporter Araksya Karapetyan that showcases the touchstones of Armenian identity and highlights how the Armenian American Museum will help preserve and celebrate the vibrant history, heritage, and culture of the Armenian people for generations to come.

Award-winning television personality and Emmy nominated travel host Laura McKenzie served as the Master of Ceremonies for the evening and welcomed the capacity crowd to the 2nd Annual Gala.

Executive Director Shant Sahakian inspired the audience with moving remarks on the importance of building the Armenian American Museum for the next generation. During his remarks, he told the story of a young girl’s transformative experience walking through the halls of the museum and he quoted Nelson Henderson, who once wrote, “the true meaning of life is to plant trees, under whose shade you do not expect to sit.”

“We are building the Armenian American Museum for her, for them, for their generation, and for the generations to come. Thank you for joining us this evening and thank you for planting the trees for our next generation,” stated Executive Director Shant Sahakian in the conclusion of his remarks.

Executive Chairman Berdj Karapetian acknowledged the museum leadership, staff, committee members, volunteers, benefactors, sponsors, donors, and supporters who have generously contributed to the success of the museum project and 2nd Annual Gala. He also thanked the Founder’s Circle, the founding benefactors of the museum, and the Legacy Council, transformative benefactors who are advancing the mission of the museum.

“As we gather here this evening on this special occasion, a dream, our collective dream, is now on the eve of its historic groundbreaking year in 2020,” stated Executive Chairman Berdj Karapetian in the introduction of his remarks.

Following dinner, the capacity crowd was entertained with a live musical performance by Greg Hosharian and the Armenian Pops Ensemble.

California State Senator Anthony J. Portantino expressed his excitement for the promise of the cultural and educational center as it heads towards its historic groundbreaking year and acknowledged Governor Gavin Newsom’s 2019-2020 state budget which included $5 million in funding for the project.

U.S. Congressman Adam Schiff, the co-author of House Resolution 296 Affirming the United States Record on the Armenian Genocide, expressed his support for the museum as a place where people of all backgrounds can learn about the rich contributions of the Armenian American community.

Republic of Armenia High Commissioner for Diaspora Affairs Zareh Sinanyan discussed how the museum embodies an exceptional expression of hope and preservation of Armenian identity that will help strengthen both the Diaspora and reinforce the Republic of Armenia’s future. 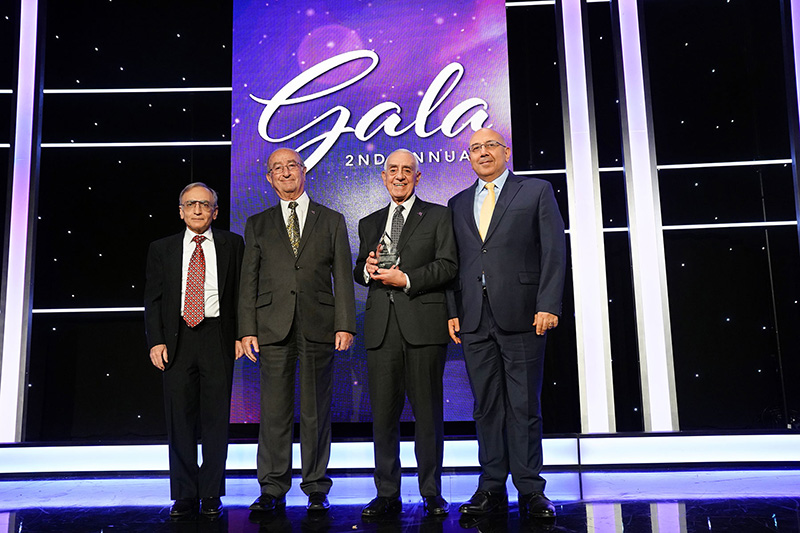 Kenneth L. Khachigian was honored for his many accomplishments in government, politics, and law and Brownstein Hyatt Farber Schreck’s pro bono representation of the museum in its successful negotiations with the City of Glendale for the $1-per-year ground lease agreement of the future site. The award was presented by Board of Trustees member Dr. Nazareth Darakjian representing the Armenian Missionary Association of America, Board of Trustees member Gabriel Moloyan representing Nor Serount Cultural Association, and Consul General of the Republic of Armenia in Los Angeles Dr. Armen Baibourtian.

“Your efforts are very critical as every day we continue to see the need to inform our fellow citizens on the Armenian American story,” stated Kenneth L. Khachigian during his remarks. 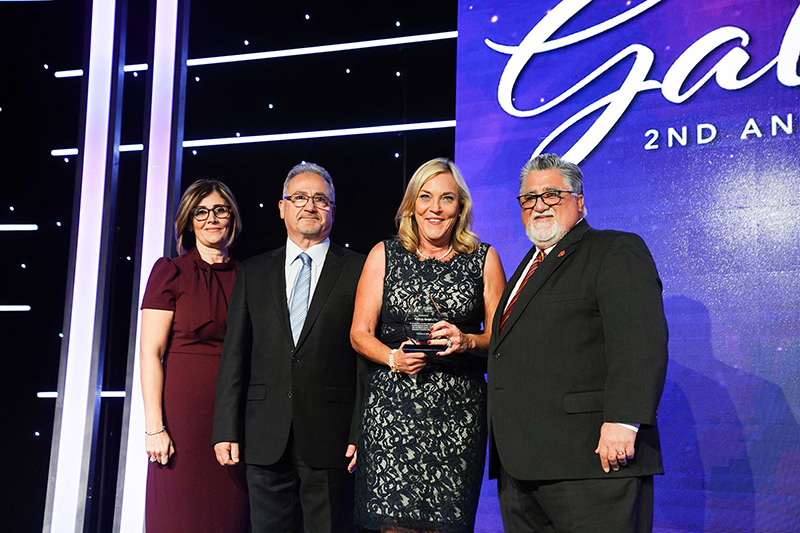 Los Angeles County Supervisor Kathryn Barger was honored for her steadfast support of the Armenian American community and her generous contribution of $1 million for the historic project. The award was presented by Board of Trustees member Arsho Avakian representing the Armenian Relief Society Western USA, Board of Trustees representative Dr. Raffi Balian representing the Nor Or Charitable Foundation, and California State Senator Anthony J. Portantino.

“I want to recognize the resiliency of the Armenian people and the contributions that they have made to the county, state, and nation,” stated Kathryn Barger during her remarks. 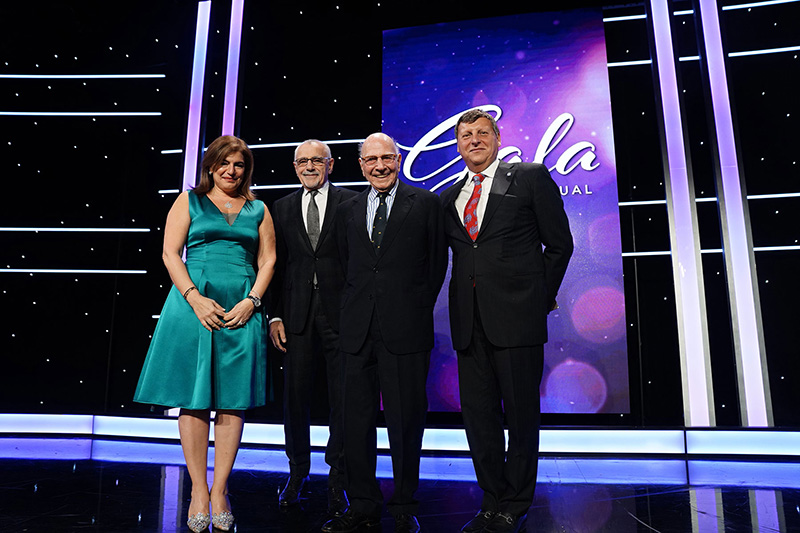 Paul R. Ignatius was honored for his years of dedicated public service and his inspiration for the Armenian American Museum Square Foot Certificate as one of the project’s first contributors. The award was presented by Board of Trustees member Talin Yacoubian representing AGBU Western District, Board of Trustees member Avedik Izmirlian representing the Armenian Cultural Foundation, and Glendale Mayor Ara Najarian, who also presented the honoree with a special plaque from the City of Glendale.

“The Armenian American Museum is an important project for the country as a whole and indeed for the whole world,” stated Paul Ignatius during his remarks.

In his closing remarks, Executive Chairman Berdj Karapetian invited the Board of Trustees and Gala Committee to the stage to thank the donors who generously contributed to the project during the evening’s dinner. Together with the leadership of the organization and the committee members who helped make the event possible, he announced that the museum had successfully raised more than $2.2 million at the 2nd Annual Gala to a roaring applause.

The museum plans to break ground on the historic project in 2020.

About the Armenian American Museum 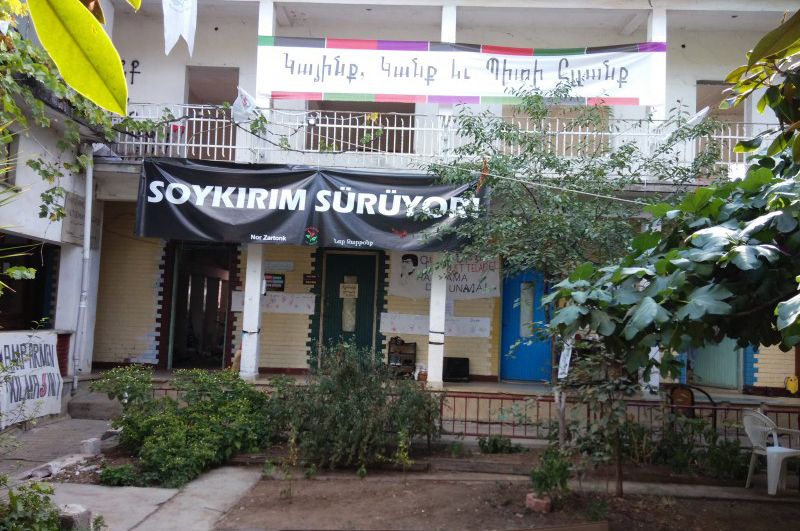 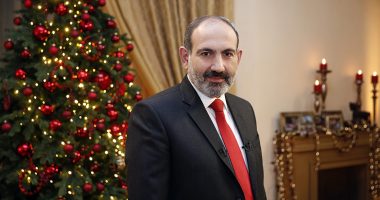