NEW YORK — The Armenian General Benevolent Union (AGBU) has announced the world debut of HOKIS, a musical spectacular that fuses traditional Armenian performance art with Cirque de Soleil-style acrobatics, original compositions, modern dance interpretation and technology in a way that has never before been seen. Premiering on Friday, October 28 at 8:00 pm at the renowned New York City Center, the performance will showcase the talents of over 70 young dancers and acrobats along with technology students and promises to be an enthralling evening unlike any other.

HOKIS features the awe-inspiring talents of young artists between the ages of eight and thirty who participate in two of AGBU’s partner programs in Armenia: the AGBU Nork Children’s Center and the TUMO Center for Creative Technologies. At the cutting edge of the digital and performing arts, they will push the limits of what is conventionally understood as Armenian art by injecting innovation into their performance. “HOKIS is a reconceptualization of the Armenian journey through the eyes of today’s Armenian. The stage will come alive with performers inspired by Armenian traditions, but who are revolutionizing them at the same time. Visual DJs will share the stage with modern dancers reinterpreting well-worn Armenian dances all while entirely original musical compositions resound throughout the hall. This will be the first time these two groups will be performing together and AGBU is thrilled to be part of this historic moment,” said AGBU Central Board member Ani Manoukian.

Established in partnership with the Mother See of Holy Etchmiadzin in 1993, the AGBU Children’s Centers in Arapkir, Malatya and Nork give nearly 2,000 students each year an accessible place to learn, discover and enhance their artistic and athletic talents in a safe and nurturing environment. With classrooms throughout Armenia overcrowded and understaffed, the arts are often underrepresented in the daily curriculum. The three AGBU Children’s Centers offer a haven for those seeking creative and physical expression through arts, ceramics and gymnastics classes, among many others. Many of the centers’ young artists perform with the award-winning Performing Arts Troupe in Yerevan as well as in Brazil, Canada, France, Georgia, Poland, Russia, Uruguay and the United States.

The TUMO Center for Creative Technologies-filled with equally talented youth-is a newer AGBU partnership. TUMO, founded in 2012, partnered with AGBU in 2014 to expand its reach from Yerevan to Stepanakert and Gyumri. A hub for animation, game development, web development and digital media, TUMO gives students the resources to achieve their full creative potentials. “Our partnership with AGBU is very important to us because we can accomplish such great things together in the service of young people. This performance is a beautiful example of how our beliefs about the importance of creativity in the modern world complement each other. What we are doing together is much more powerful than what each of us could have achieved on our own,” said Marie Lou Papazian, the director of TUMO.

HOKIS represents the realization of this potential and is the brainchild of its artistic director, French Armenian filmmaker and producer Patrick Malakian. His wonder at the abilities of the AGBU Nork Children’s Center performers led him to bring them to Marseille last November for a sold-out performance entitled Éternels. HOKIS builds substantially on Éternels, all while retaining the same goal: “I wanted to put on an Armenian performance, that wasn’t about genocide. With HOKIS, we are striving to give proof of life within the Armenian community and the best proof of life we have is our children. These young artists are remarkable and it is time to shine a spotlight on their exceptional talent. It is time for their New York debut to showcase their undeniable abilities to an audience of Armenians and non-Armenians alike,” said Malakian.

Tickets for HOKIS are now on sale and premium VIP seating is available for donors sponsoring the performance in amounts of $5,000 or more. If you are interested in sponsoring this extraordinary performance, please contact the AGBU Director of Development and Outreach, Karen Papazian at [email protected] and (212) 319-6383.

For more information about AGBU and its worldwide programs, please visit www.agbu.org. 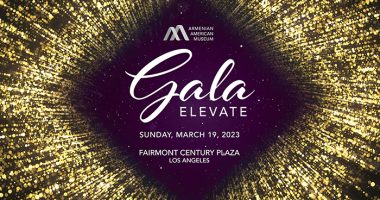 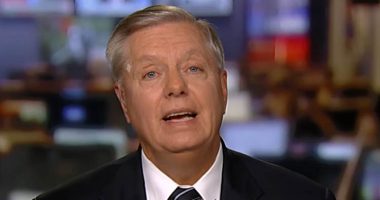