ISTANBUL — The underground secrets of the historic Ani Ruins, an ancient, 5,000-year-old Armenian city located on the Turkish-Armenian border in the eastern province of Kars, have been revealed, the Hurriyet Daily News reports.

Once a powerful city the capital of the Armenian kingdom of the Bagratuni dynasty, Ani today stand abandoned and desolate. At its zenith Ani rivaled the likes of Constantinople, Baghdad and Cairo in size and influence. By the 11th Century Ani had grown to over one-hundred-thousand people. Renowned for its splendor and magnificence, Ani was known as “the city of 40 gates” and “the city of 1001 churches.” It would later become the battleground for various contending Empires, leading to its destruction and abandonment. Today Ani largely remains a forgotten ancient ghost town. 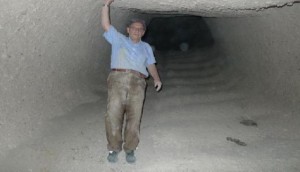 Yazici said a number of experts, academics and researchers attended the Kars Symposium, which was held at Kars’ Kafkas University from Aug. 14 to 16. At the symposium, Yazici’s presentation titled, “Underground Secrets of Ani,” drew a lot of attention since no previous publications on the underground structures had been mentioned before.

“In 2011 while working on a United Nations project in order to promote Kars and to reveal its historical and cultural heritage, I came across some pretty interesting information. One of the most important names of the first half of the 20th century, George Ivanovic Gurdjieff, who spent most of his childhood and youth in Kars, had chosen [to stay in] an isolated place in Ani along with his friend Pogosyan where they worked for some time together in the 1880s. One day, while digging at one of the underground tunnels in Ani, Gurdjieff and his friend saw that the soil became different. They continued digging and discovered a narrow tunnel. But the end of the tunnel was closed off with stones. They cleaned the stones and found a room. They saw decayed furniture, broken pots and pans in the room. They also found a scrap of parchment in a niche. Although Gurdjieff spoke Armenian very well, he failed to read Armenian writing in the parchment. Apparently, it was very old Armenian. After a while, they learned that the parchments were letters written by a monk to another monk,” Yazici said, speaking about how he became interested in the underground structures.

“Finally, [Gurdjieff and his friend] succeeded in understanding the letters. Gurdjieff discovered that there was a famous Mesopotamian esoteric school in the place where they found the letters. The famous school was active between the sixth and seventh centuries A.D. and there was a monastery there,” he added.

Yazici said Gurdjieff was the first person to mention the monastery that was located under the Ani Ruins.

“Gurdjieff’s discovery, nearly 135 years ago, could not have been confirmed until the excavation works of 1915. Years later, an Italian excavation team confirmed that it was a monastery. Before Gurdjieff, many travelers also observed that a significant population had lived in caves or rock houses in Ani,” he said. 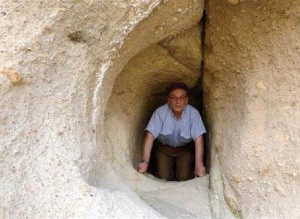 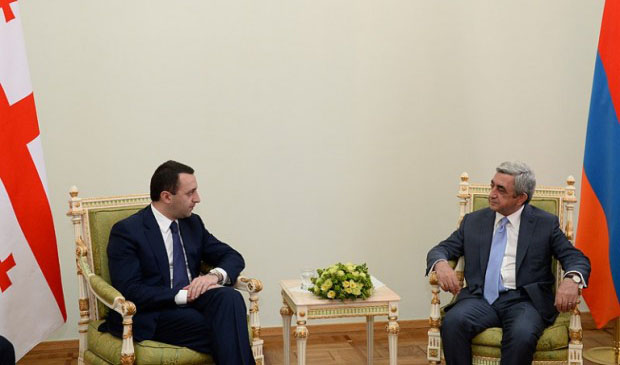 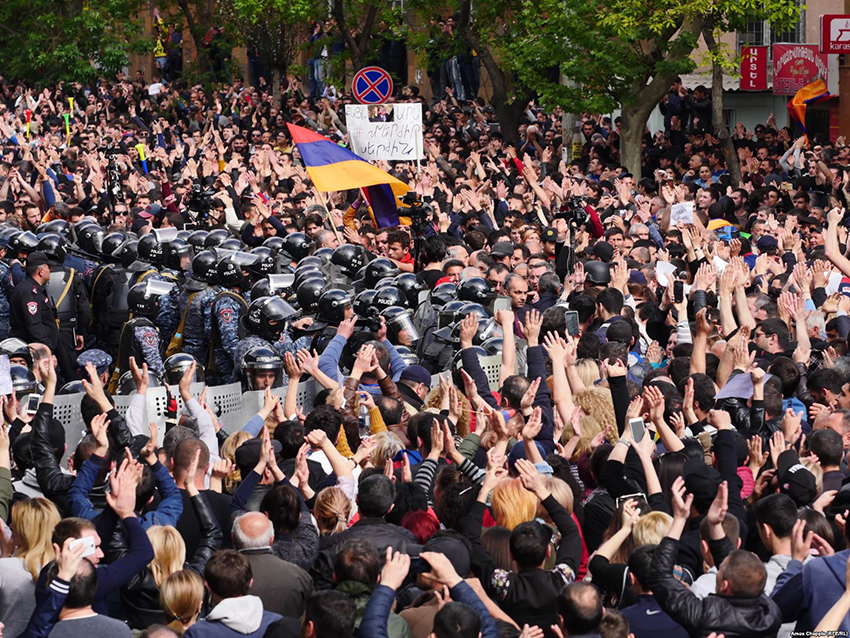